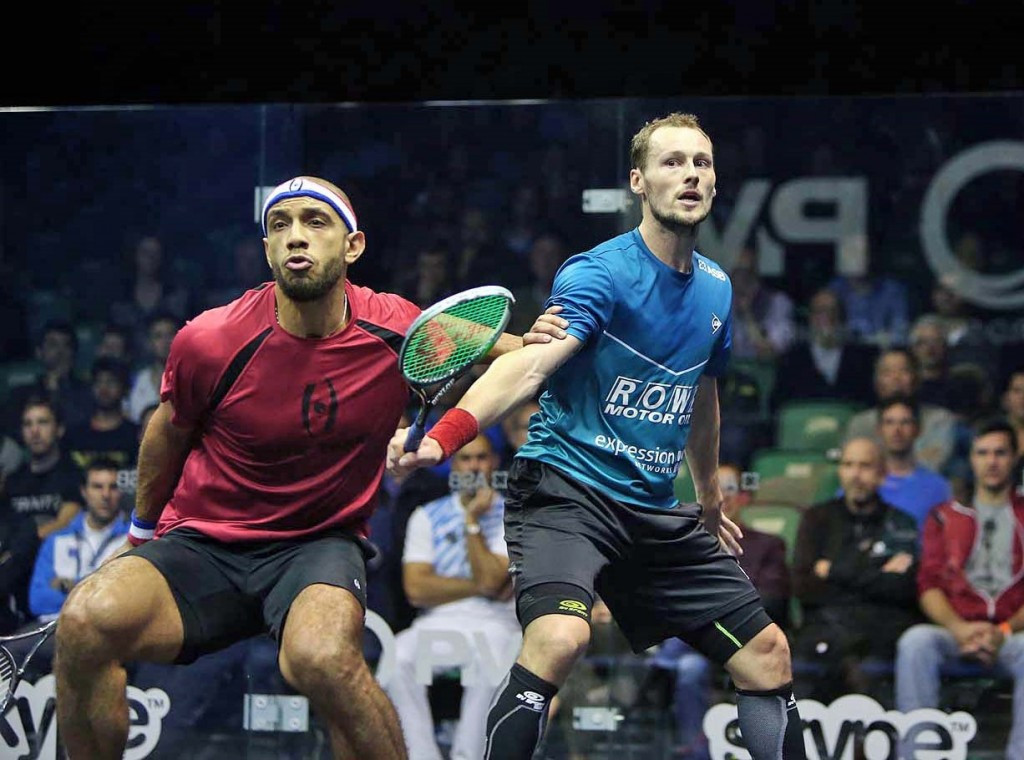 Home interest was brought to an end at the Professional Squash Association (PSA) Men’s World Championship as American Todd Harrity was beaten in straight games by France’s Mathieu Castagnet in Seattle.

Harrity had battled into the second round with a gruelling five-game win over Scotland’s Alan Clyne on the opening day of the Championship but he was unable to assert himself against Castagnet, as the Frenchman dominated throughout to move into the last 16.

The impressive Castagnet claimed the opening game 11-5 and wrapped up the victory after just 31 minutes by securing the remaining games 11-4 and 11-7 to go past the second round of the Championship for the first time.

Castagnet’s compatriot and four-time runner-up Gregory Gaultier also cruised through at the Meydenbauer Center as he made light work of Egypt’s Omar Abdel Meguid.

The world number three Gaultier dominated the start of the contest, taking the first game 11-3, and his opponent proved unable to fight his way back into the match as the Frenchman claimed the next two games 11-4 to progress.

“I was more fluid than the last round and I think I’m starting to raise my game day-by-day,” said Gaultier afterwards.

“I’m trying to analyse everything, get into my routines and do what I have to do on court.

“This is a title that has been eluding me, but I’m not really thinking about the title at the moment, I have to remain focused on my tactics and I thought I did that quite well today.”

Egypt’s Mohamed Elshorbagy is expected to be one of Gaultier’s fiercest rivals for the title and the world number one continued his pursuit of a maiden World Championship crown with an 11-8, 11-5, 11-2 win over England’s Tom Richards, while his compatriot Ali Farag beat Hong Kong’s Max Lee 11-8, 11-7, 11-7.

Karim Ali Fathi overcome Fares Dessouki in an all-Egyptian second round match with the momentum of the contest constantly shifting throughout the course of the five-game affair.