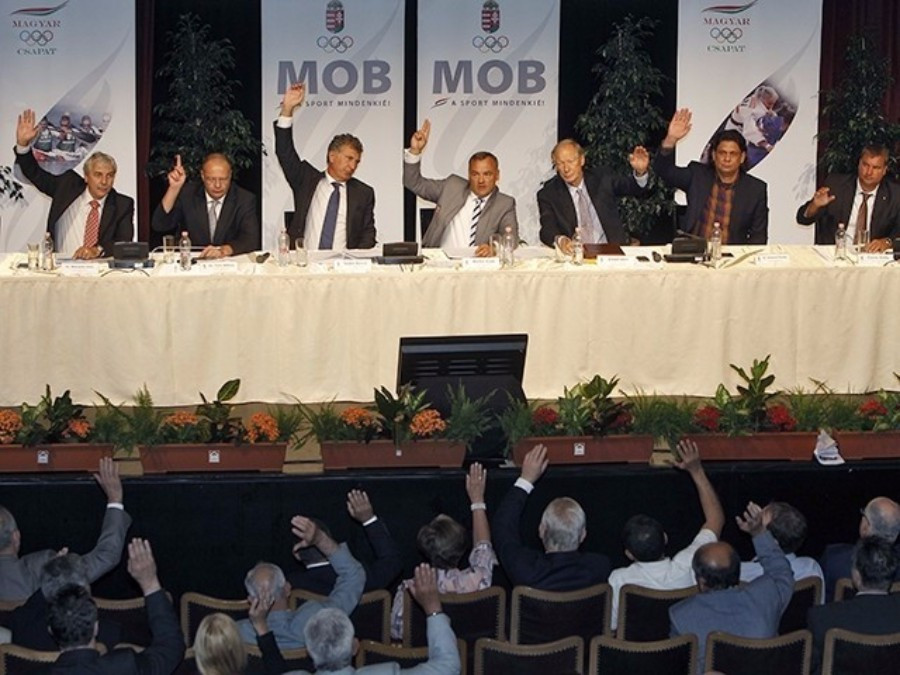 No referendum will be held on whether Budapest should press ahead with its bid for the 2024 Olympics and Paralympics, the Hungarian Olympic Committee (HOC) has insisted today, despite a survey suggesting a majority of the country's population would desire such a vote.

The survey, published in the daily left-leaning newspaper Népszabadság and carried-out on behalf of the left-liberal opposition Együtt Party, found over half of Hungarians desired a referendum and claimed only 46 per cent of citizens back the bid, a decline on a 60 per cent figure found in a similar survey in February.

But following what they describe as "various misconceptions" about the possibility of a public vote on the bid, the HOC claimed today how it enjoys "solid support and powerful unity".

"The General Assembly of the Hungarian Olympic Committee unanimously approved Budapest’s candidature for hosting the 2024 Summer Games," the organisation said in a statement.

"Both the City of Budapest and the Parliament of Hungary passed resolutions to bid for the right to host the Games of the XXXIII Olympiad and XVII Summer Paralympic Games in Budapest in 2024 with an exceptionally large, more than 80 per cent majority.

"Majority and minority political groups cooperated in making such decisions, and there was a real cross-party support for the bid."

The statement notes that under the Hungarian Constitution, a referendum can be initiated if a certain amount of signatures are gathered before insisting that no such action has taken place.

It continues: "Such a referendum is neither required nor expected by the IOC (International Olympic Committee), all decisions are made in accordance with the pertaining legal requirements and we are focusing on Rio 2016.

"Consequently there are no plans to hold a vote whether we should bid or not.

"Such binding decisions have been made and important work is in progress.

"The excellent cooperation, unity and partnership between the Government of Hungary, Hungarian Olympic Committee and the City of Budapest is a major advantage of the Budapest bid.

"The Hungarian Constitution allows citizens to initiate a referendum by collecting a certain amount of signatures.

"No such initiative has been made, no such plans were communicated by any group."

As the statement notes, Hungary is the only country among the top ten medal winning nations at the Summer Olympics yet to host the Games.

But the city remains an outsider in a five-horse race against Hamburg, Los Angeles, Paris and Rome.

The fledgling bid has also not been helped by coming at a time in which the nation is at the centre of a migrant refugree crisis in Europe, having faced much criticism internationally after Parliament voted this week to deploy troops to repel refugees from its border.

Hamburg is set to host a referendum on its bid in November, while IOC President Thomas Bach has stressed the importance of public backing in candidate cities.