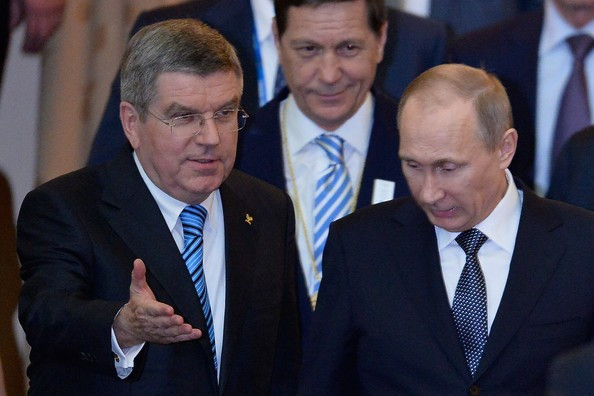 Claims that Russia were involved in "state-supported" doping are groundless and not backed up by evidence so far, the Kremlin claimed today.

"Whenever any charges are made, there must be some evidence they rely on, Dmitry Peskov, the official spokesman for Russian President Vladimir Putin, told the country's official news agency TASS today.

"As long as there has been no proof, it is hard to react to any accusations, which look rather groundless."

Putin also appears to have come out in support of Russia's Sports Minister Vitaly Mutko who has been accused by Richard Pound, the chairman of the World Anti-Doping Agency (WADA) Independent Commission, which published the report in Geneva yesterday, of being "complicit" in the cover-up and corruption of the country's athletes.

Peskov claimed any questions about Mutko's position were inappropriate because he is the "incumbent Minister" and revealed that Putin would soon appear in public with him at a number of events.

"I was not a witness to any contacts, but they often communicate on business issues," said Peskov.

"But in general, some Olympic-related events are scheduled for this week.

"They were planned a few weeks ago."

Mutko's department had released a statement last night, following the publication of the report, in which they called upon WADA to focus on "real facts and evidence".

The WADA Independent Commission has called on the International Association of Athletics Federations (IAAF) to suspend Russia, meaning they could be banned from next year's Olympic Games in Rio de Janeiro.

IAAF President Sebastian Coe has given the All-Russia Athletics Federation until the end of the week to respond to the allegations.

The ARAF, meanwhile, have pledged to show their "commitment" and "openness to the cooperation" of working with the IAAF and WADA but have claimed they should not be suspended.

"The following days the Russian Athletic Federation will present to the IAAF the document that includes the Federation’s anti-doping programme, certain steps on the programme realisation (including those that have already been taken) and the response to the WADA Independent Commission’s conclusions and allegations," they said in a statement on their website.

"We are ready to the meaningful strategic partnership with IAAF, including the measures to fix the existing in Russian and world athletics problems.

"The real fair partnership in this work is much more effective than any kind of suspension and isolation."

The acting ARAF President Vadim Zelichenok was criticised within the WADA report, who claim that he refused to cooperate with the investigators and tried to stop the Independent Commission interviewing Russian athletes.