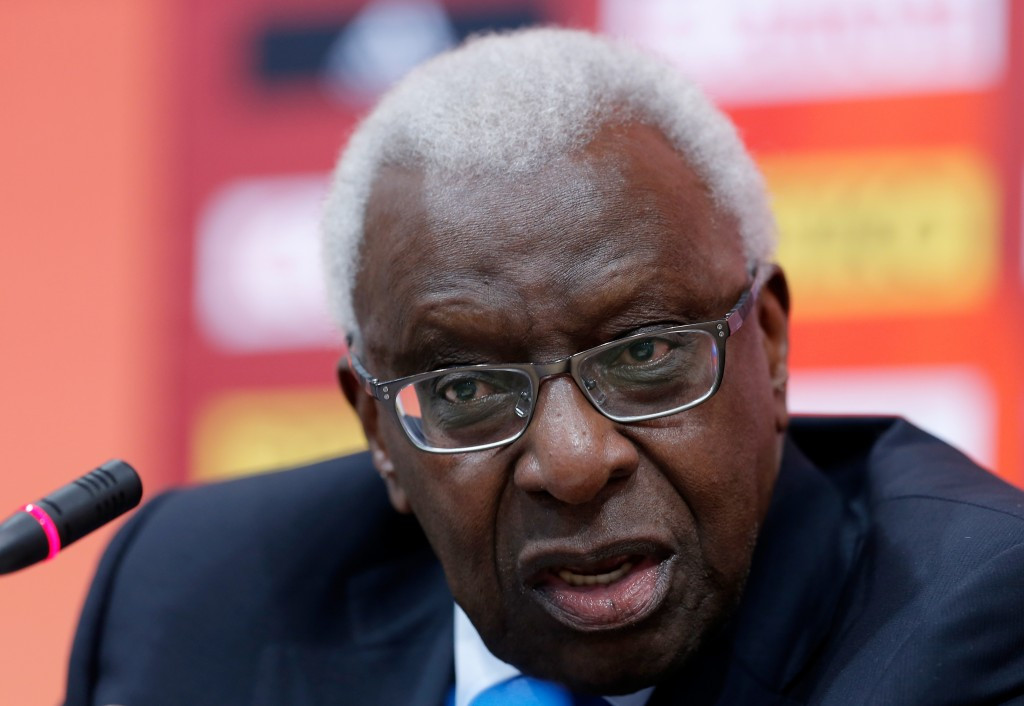 Former International Association of Athletics Federations (IAAF) President Lamine Diack has been placed under investigation in France over an alleged doping cover up.

The 82-year-old Senegalese is accused of taking money from Russia to hide positive doping tests and is suspected of corruption and money laundering.

As an honorary member of the International Olympic Committee (IOC), he will now also be investigated by the IOC Ethics Commission.

Meanwhile Habib Cisse, a legal adviser to Diack, has also been placed under investigation by French authorities while Gabriel Dolle, the former director of the IAAF's anti-doping department, is also being probed.

An IAAF statement, which did not name Diack personally, said that the world governing body's headquarters in Monaco had been visited by police.

"The IAAF confirms that, emanating from separate ongoing investigations by the World Anti-Doping Association's independent commission and the IAAF’s own independent Ethics Commission into allegations surrounding its anti-doping rules and regulations, a French police investigation has now commenced," the statement read.

"The IAAF is fully cooperating with all investigations as it has been from the beginning of the process.

"As part of the French investigation, police visited the IAAF HQ offices yesterday to carry out interviews and to access documentation.

"The IAAF will make no further comment at this time."

Sebastian Coe, who succeeded Diack as President at the IAAF election in Beijing in August, met investigators when they arrived at the world governing body's offices and offered to be interviewed voluntarily.

The scandal broke in late 2014 when German broadcaster ARD alleged a number of positive dope tests involving Russian athletes were covered up by IAAF officials.

Some reports have alleged that Russia's marathon runner Liliya Shobukhova, who was banned for three years and two months in August, is at the centre of the allegations involving Diack.

In 2011, the IOC issued a warning to Diack after he accepted payments from marketing company ISL.

Diack claimed that the three payments were connected to his house in Senegal burning down in 1993, and were made by his friend, ISL company executive Jean-Marie Weber who "felt sorry for him".

At that time Diack was a vice-president of the IAAF, which had dealings with ISL over marketing contracts.

"As I explained to the IOC Ethics Commission, I received gifts of cash in 1993 because my house was burned down by a political mob and I was left homeless," he said at the time.

Issa Hayatou, the current acting President of FIFA after Sepp Blatter's suspension, was also reprimanded by the IOC for taking payments from ISL.

Diack joined the IOC in 1999 and is now an honorary member as he has reached the upper age limit of 80.

His son, Papa Massata Diack, a former IAAF marketing consultant with exclusive rights to sell sponsorship in developing regions, resigned from his role in December after being accused of corruption.

Lamine Diack, a former long jumper, was President of the IAAF for 16 years before standing down in August when he was replaced by Coe.

The allegations, if proven, will have huge ramifications for the sport and will be a massive early challenge for Coe's Presidency.

Last month, Coe announced that he is in the process of creating a new integrity unit to help tackle the doping crisis which is rocking the sport.

He has also recently returned from his first official visit to Russia as President, where he said: "I expressed my uncompromising position on the issue of doping in athletics and the importance for the sport to build trust and defend clean athletes at all times."