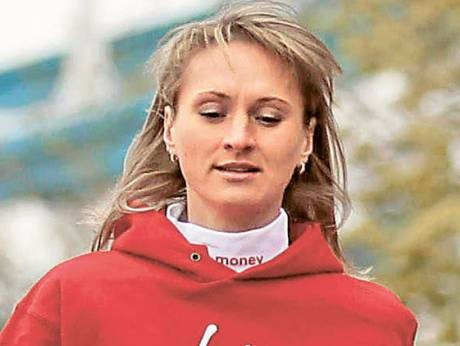 Russia's Liliya Shobukhova, officially stripped of her three Chicago and two London Marathon titles earlier this month, is free to compete again after the World Anti-Doping Agency (WADA) agreed to support a seven-month reduction in the length of her suspension.

Shobukhova, the second fastest woman marathon in history before her performances had been annulled, had been banned for three years two months following the discovery of “abnormalities” in her Athlete Biological Passport (ABP).

The ban had been backdated until January 24, 2013, but now officially ended yesterday after WADA agreed to a seven-month reduction, claiming she had provided "substantial assistance".

The CAS appeal resulted in a settlement agreement on June 30 between the IAAF, WADA, the ARAF and Shobukhova, increasing her ban by 15 months until March 23, 2016.

"In light of the substantial assistance that Ms. Shobukhova provided in line with the provisions of the World Anti-Doping Code (Code), however, WADA has agreed to a seven-month reduction in the athlete’s sanction,"  WADA said in a statement.

"This brings the total length of the athlete’s ineligibility period to two years and seven months, which ended on 23 August 2015.

"Ms. Shobukhova approached WADA in May 2014 with a view to providing substantial assistance within the meaning of the Code.

"She accepted from the outset that she had committed an anti-doping rule violation.

"The information and documentation provided by Ms. Shobukhova has been of substantial value in uncovering and investigating anti-doping rule violations committed by other individuals, including athlete support personnel.

"WADA considered the information provided by Ms. Shobukhova to be of significant value to clean sport.

"As such, WADA has decided to exercise its authority by agreeing to the use of the Substantial Assistance provisions in the 2015 Code [Article 10.6.1.2; also reflected in Rule 40.7(a)(ii) of Chapter 3 of the IAAF Competition Rules]."

"Ms. Shobukhova has formally committed to cooperate with WADA in the investigation and, ultimately, the adjudication of cases resulting from the information she has provided," the WADA statement said.

"It should be noted that when individuals do not fulfill their obligations under the Substantial Assistance provisions in the Code, WADA has the ability to reinstate reduced periods of ineligibility.

"This particular doping case reflects the view that the protection of clean athletes relies on a two-pronged approach of both testing and intelligence-led investigations, as reflected in the 2015 Code and International Standard for Testing and Investigations (ISTI).

"The Substantial Assistance provisions agreed upon by the anti-doping community in the lead up to the introduction of the revised Code are of great importance to conducting investigations.

"Where appropriate, WADA will continue to use the provisions, and encourage their use by other Anti-Doping Organisations, so that anti-doping efforts continue to progress in the coming years.

"As it relates to the nature of Ms. Shobukhova’s substantial assistance, WADA will refrain from providing further details as this information is confidential and could be used against other individuals implicated in the case.

"Furthermore, announcing the details of substantial assistance at this time could undermine attempts to detect those who may be violating anti-doping rules."

The IAAF added in a statement: "The assistance that can be provided by athletes and support personnel in uncovering anti-doping rule violations is vital for the IAAF.

"The IAAF encourages all athletes and other persons who have information that may assist in protecting clean athletes to provide this information to the IAAF or WADA."