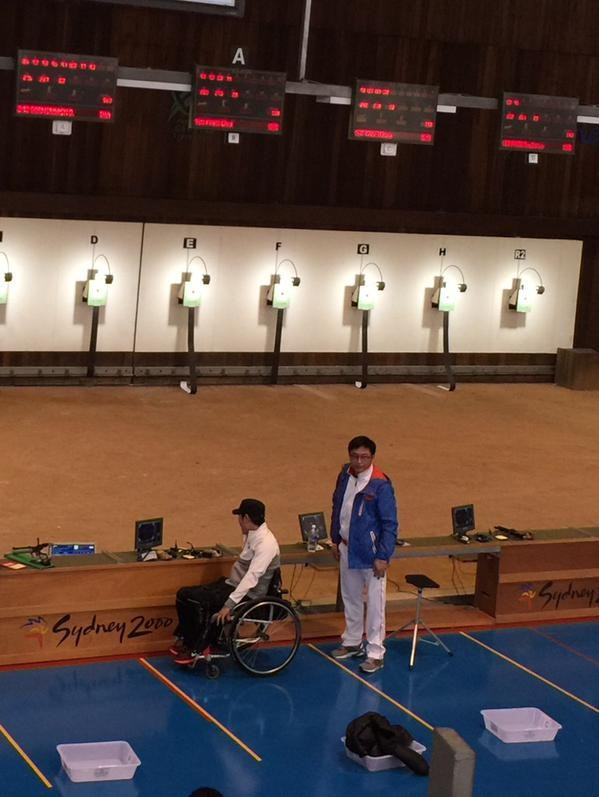 Chul Park produced the first stunning performance of the day as he produced an extremely accurate display in the men’s P1 10 metres air pistol SH1 event to set a qualification world record score of 579, however he would fall short of winning gold.

The South Korean had led for much of the final but his finishing score of 191.0 proved only good enough for silver as China’s Chao Yang scored 196.5 to finish the event on top of the podium, while Park’s compatriot Juhee Lee scored 174.0 for bronze.

With the two South Korean shooters securing silver and bronze medals in the individual event it was no surprise to see them challenging for the team gold and alongside Seakyun Park they stormed to the title and smashed Russia’s 10-year-old world record in the process by ending with a score of 1713.

Iran proved to be the most dominant nation in the P2 women’s 10m air pistol SH1 competition as they secured a clean sweep of the podium, with Sareh Javanmardidodmani producing the goods to be the event's top performer.

Javanmardidodmani scored a total of 386 points in the qualification to increase her world record by five points before progressing to beat her team-mate Samira Eram in a shoot-off by achieving a score of 10.3 to her compatriot's 8.9, after the pair had ended the competition with a score of 195.6.

The duo were joined on the podium by Alieh Mahmoudikordkheli, who had scored 172.1, and Javanmardidodmani believes their performances bode well ahead of next year’s Rio 2016 Paralympics.

"As is the same for anybody that wins a gold medal, I'm just so happy, but the most important thing is that my Iranian team mates get to stand on the podium beside me," she said.

“All three of us will be going to Rio which is so important for the Iranian team."

Meanwhile in the men’s R6 mixed 50m rifle prone SH1 event the United Arab Emirates’ Abdulla Sultan Alaryani scored 206.5 to secure his second title of the weekend, with the United States’ Jon Joss and China’s Yaping Yan completing the podium with scores of 203.8 and 183.8 respectively.

Alaryani then joined forces with Saif Alnuaimi and Abdulla Saif Alaryani to win the team event ahead of South Korea and Slovakia after scoring a total of 1822.5, while China’s Hongxiang Yuan picked up gold in the R9 mixed 50m rifle prone SH2 event with a score of 609.5.