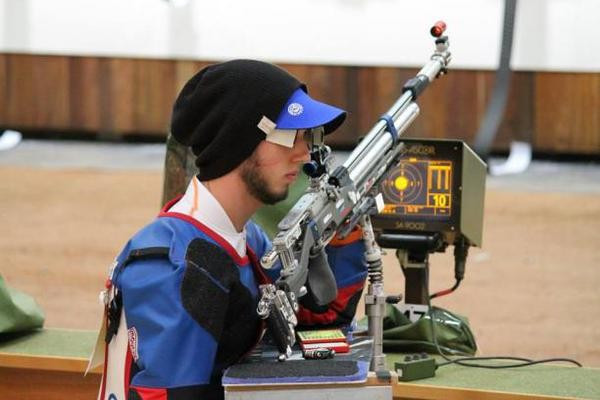 Jeffery claimed the mixed 10 metres air rifle prone SH2 honours thanks to a total of 211.8, a mere 0.1 in front of nearest challenger Bradley Mark of Australia.

New Zealand’s Jason Eales did enough to seal the final place on the podium, which also gave him a ticket to Rio 2016.

“I knew I was capable of winning, but I didn’t think it would really happen,” 19-year-old Jeffrey said.

“That was my first gold medal and Rio will be my first Paralympics.

Eales was then part of the New Zealand team, alongside Michael Johnson and Phillip Skinner, which clinched R5 team gold with a score of 1894.

Slovenia were second as they managed 1891.7, while hosts Australia delighted the home crowd by capturing bronze.

Elsewhere, European champion Veronika Vadovicova of Slovakia continued her fruitful run of form by taking gold in the women’s 50m rifle three positions SH1 as her total of 439.8 was enough to beat South Korea’s Yunri Lee and Yaping Yan.

Abdulla Sultan Alaryani of the United Arab Emirates produced a dominant display to seal gold in the men’s 50m rifle 3 positions SH1 event as he was able to oust South Korean duo Youngjip Shim and Jinhwa Jeon by racking up a score of 444.8.

Despite the disappointment of the individual competition, Shim and Jeon ensured they finished the day with gold as they teamed up with Jinho Park to secure the team crown on 3413, narrowly in front of the United Arab Emirates, who included SH1 50m rifle 3 positions champion Alaryani.