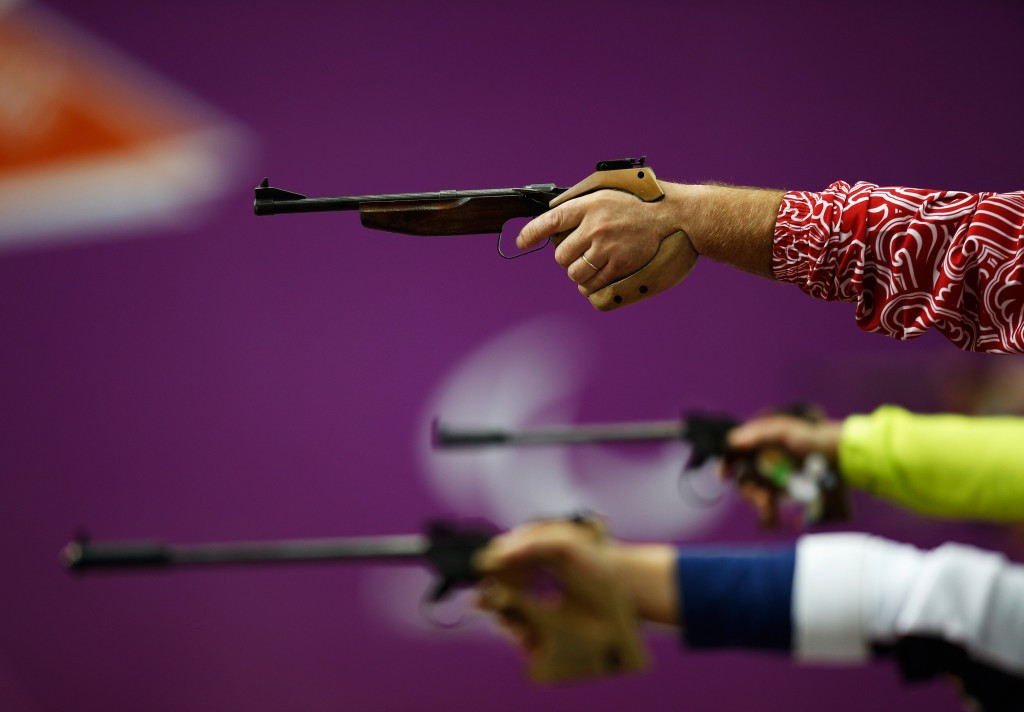 Uzbekistan’s Server Ibragimov shot his way into the history books as he broke the world finals record to take gold in the men’s 10 metres air pistol SH1 event at the International Paralympic Committee (IPC) Shooting World Cup in Szczecin, Poland.

Ibragimov was competing in his first World Cup event but was unphased by the pressure as he posted a points tally of 198.9, adding 0.3 points to the previous record set by South Korea’s Youngkyun Seo in 2013.

The Uzbekistani rising star has only been on the shooting circuit since last year but managed to top the podium ahead of Great Britain’s Stewart Nangle, who took silver, and Oleksii Denysiuk of Ukraine was third.

Nangle, who clinched gold on home soil at the last World Cup event in Stoke Mandeville, set the early pace in the first competition phase but he could not match Ibragimov’s performance in the second set of shots.

The topsy-turvy battle between the two continued when Nangle fought back with a perfect 10.9 but despite the Briton’s best efforts, the Uzbek managed to extend his lead beyond reach in the latter rounds to seal a surprise victory.

On a fascinating day of action in Szczecin, Ukraine swept the podium in the women’s 10m air pistol SH1 competition, with Iryna Liakhu claiming gold with 191.5 points.

Compatriot Anastasiia Skok was 1.5 points adrift of her teammate as she took silver on 190.0, and Olga Kovalchuk got the better of Great Britain’s Issy Bailey in the third elimination round to maintain the Ukrainian women’s domination of the rest of the field.

The event in Poland concludes tomorrow with the mixed 10m air rifle prone SH2 competition, with the next round taking place in Antalya, Turkey from May 12 to 15.