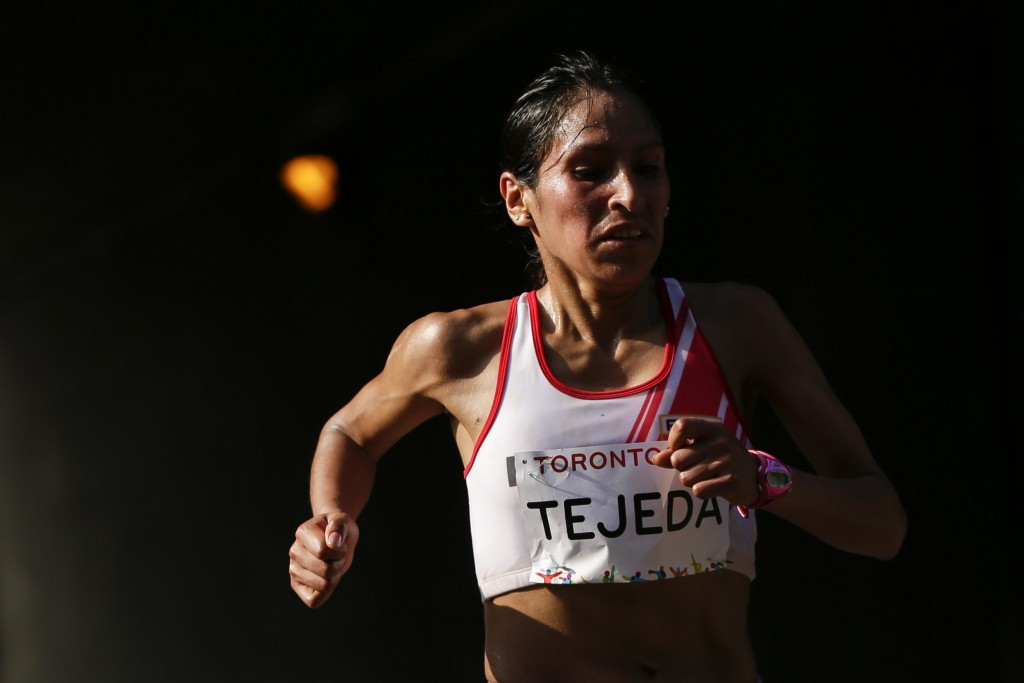 Peru's Gladys Tejeda has been stripped of the gold medal she won in the marathon at July's Pan American in Toronto as the Pan American Sports Organization (PASO) notified National Olympic Committees of a further six athletes being banned for doping today.

The 29-year-old, from the mountainous town of Jauja in central Peru, won gold over 26.2 miles in the Canadian city by two-and-a-half-minutes in a Games record time of 2 hours 33min 03sec on July 18.

This improved upon her bronze medal four years earlier in Guadalajara.

Following a series of reports in the Peruvian press, however, PASO today sent a release to National Olympic Committee, and then to insidethegames, confirming that she tested positive for banned diuretic furosemide in tests carried out during the Games.

She has consequently been stripped of her medal and disqualified from the event, with gold instead set to be passed to 2011 champion Adriana Aparecida da Silva of Brazil, who will also assume the Games record with her time of 2:35:40.

Tejeda will also be expected to be stripped of the Medal of Honour she received on her return to Peru following the Games.

United States' Lindsay Flanagan is set to be upgraded from bronze to silver, while home star Rachel Hannah of Canada will take bronze.

Tejeda was one of six athletes sanctioned, with the failures produced by three of the others having already been widely reported.

These include Puerto Rico volleyball player Sheila Ocasio, who failed for anabolic steroid stanozolol, and Chilean runner Christopher Guajardo, a Paralympic gold medallist at London 2012 as a guide for a visually impaired runner, failed for erythropoietin (EPO).

Most notably, Colombian cyclist Maria Luisa Calle, a 46-year-old veteran who controversially won a bronze medal in the Olympic points race at Athens 2004 only to be stripped of it before it was returned after the test was found to be faulty, has been confirmed as having failed for growth hormone enhancer GHRP2 after finishing fourth in the team pursuit.

Robledo tested positive for clostebol, while Pastuña failed for nandrolone.

Both products are anabolic steroid.

A further 11 cases have been officially confirmed, including another Peruvian medallist, swimmer Mauricio Fiol, who admitted on Facebook to testing positive for the anabolic steroid stanozolol following his silver medal in the men's 200m butterfly.

Argentinean wrestler Luz Vazquez was also been stripped of her under 69 kilograms bronze.

In addition, the Chilean Olympic Committee confirmed that cyclist Carlos Oyarzun, a Guadalajara 2011 bronze medalist, failed a pre-competition test for FG4592, a compound known informally as "oxygen in a pill".

Guatemalan weightlifter Astrid Camposeco also returned home having been notified on July 9 that a drugs test on May 23 was positive.

Although there is a history of doping cases at the Pan American Games, this year's total of 21 marks a significant increases on the four cases registered at each of the last two Games at Rio 2007 and Guadalajara 2011, although some have said PASO deserve praise for catching so many.