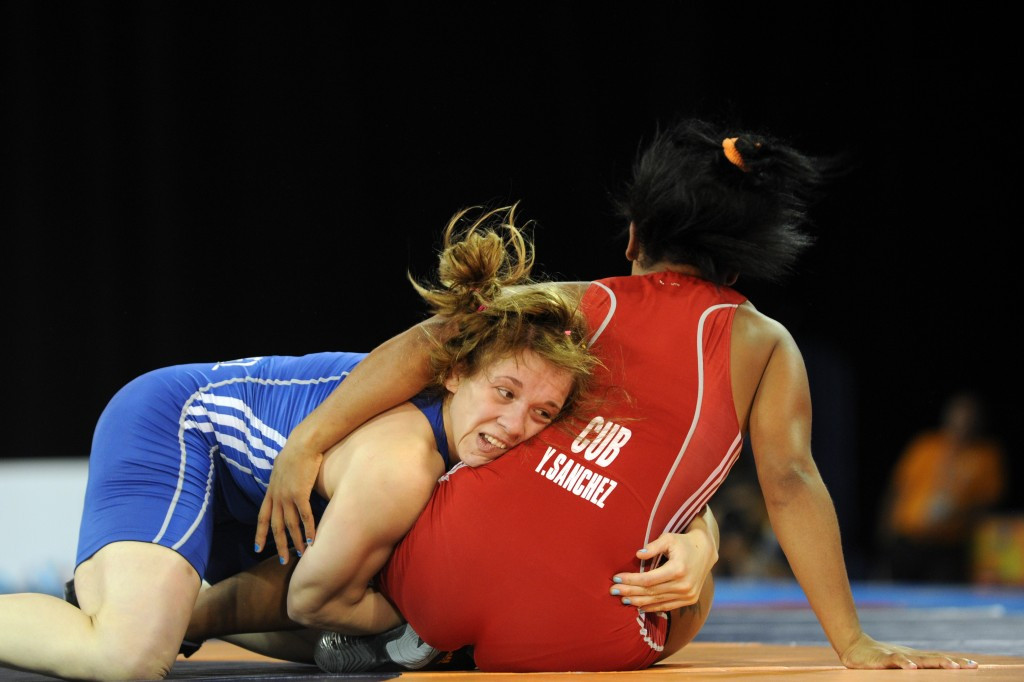 The Chilean Olympic Committee also confirmed how Carlos Oyarzun, the Guadalajara 2011 time trial bronze medallist in road cycling, had failed a pre-competition test for FG4592, the compound known informally as "oxygen in a pill", and will play no further part in these Games.

Athletes from 12 different countries have now reportedly failed or learned of having failed tests here.

In a statement, PASO confirmed their Executive Board have excluded the four athletes from Toronto 2015 and have disqualified their results, including forfeiting medals won at this year's Pan American Games.

It means that Vazquez, winner of the bronze medal in the women's under 69 kilograms by beating Cuba's Yudari Sanchez on Friday (July 17), has been stripped of her medal after testing positive for a banned hormone and metabolic modulator substance.

The product used was designed to help alter the effects of hormones and can be used to slow down the reaction of enzymes in the body, which can be a way of controlling weight.

It is expected Sanchez will be awarded the bronze medal which has been stripped from Vazquez, who was also a bronze medallist at Guadalajara 2011, although this has not been officially confirmed.

Nicaragua's Jimenez did not compete in the women's under 53kg freestyle division after the 19-year-old had tested positive for the hormone dehydroepiandrosterone (DHEA).

Paraguay's Bragayrac, whose positive test came to light on Saturday (July 18), has been confirmed as having tested positive for the diuretic furosemide.

It is the same substance which Zalazar Aranada has also tested positive for, ruling the 20-year-old out of competing in the men's lightweight division that is due to begin tomorrow (July 21).

Mexican weightlifter Cinthya Dominguez has also tested positive for banned drugs, it has been confirmed.

All five athletes been formally excluded from the Games.

In addition to the cases confirmed by PASO, three other athletes have been implicated in doping cases at the Games.

These include Peru's swimmer Mauricio Fiol who admitted on Facebook to testing positive for anabolic steroid stanozolol.

The results are expected within 10 days.

Brazilian Olympic Committee officials have admitted weightlifter Patrick Mendes, fourth in the under 105kg event and who has already served one ban in 2012 for doping, has also been notified of a failure.

Another weightlifter, Guatemala's Astrid Camposeco, has also returned home having been notified on July 9 that a drugs test on May 23 was positive.