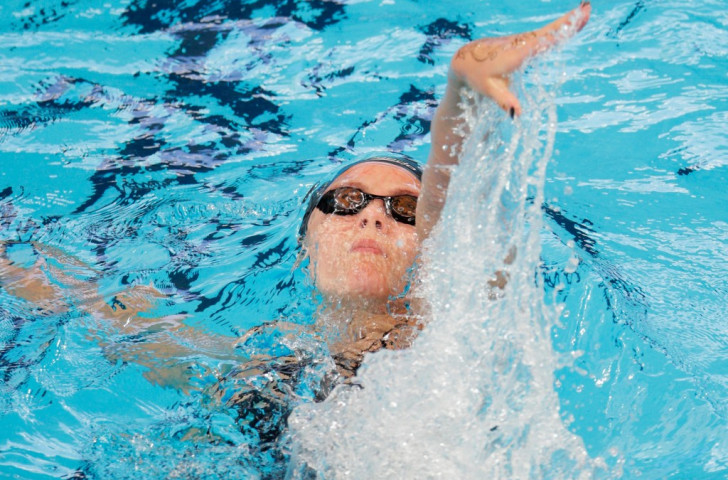 New Zealand’s World Junior Championships bronze medallist Bobbi Gichard completed the girl’s 100 and 200 metres backstroke double as she powered to a commanding victory over four laps of the pool on another busy night of swimming finals here.

The 15-year-old came into the race having beaten compatriot Gabrielle Fa’amausili in the 100m backstroke and produced another superb performance to take 200m gold with a time of 2min 10.87sec.

She touched the wall over three seconds in front of nearest challenger, Nathania van Niekerk of South Africa, while Australian Elyse Woods did enough for bronze.

Australia’s Gemma Cooney, bronze medallist in the girl’s 100m butterfly at the World Junior Championships in Singapore last month, got her hands on gold this time around as she clocked 59.32sec to lead home an Australian one-two.

Malaysia's Fu Kang Wong also bagged his second gold of this year’s Commonwealth Youth Games, sealeing the boy’s 50m and 100m breaststroke double by reigning supreme over one length thanks to a time of 28.92.

South African James Isemonger could not keep up with the Malaysian but held on for silver, and Kieran Preston of Scotland continued his country's impressive showing in the pool as he secured bronze.

It proved to be another successful day for the Australian contingent as Ariarne Titmus continued the momentum from yesterday’s outstanding performance, where they secured six of the 10 gold medals available, taking the girl’s 400m freestyle in 4:14.56.

The victory was far from straightforward for Titmus, however, as despite leading for the majority of the race, she had to hold off a strong late challenge from England’s Georgie Boyle to claim gold.

Tristan Ludlow added another Australian title to their ever-growing tally, breezing to a confident win in the boy’s 200m backstroke, posting a time of 2:03.38 - too hot for the rest of the field to handle.

Australia then replicated their achievement from the previous night by clinching both relays, winning the boy’s and girl’s 4x100m freestyle races with ease to round off the third evening of swimming finals in style.

The formidable girl's team of Cooney, Shayna Jack, Woods and Lucy McJannett topped the podium in 3:45.16, comfortably ahead of Wales and England.

The boy's quartet of Vincent Dai, Jack Cartwright, Brayden McCarthy and Lewis, who picked up his fifth gold of the event so far, then powered home in 3:19.70, nine seconds quicker than second-placed England, while South Africa won bronze.

There was a surprise result in the men’s 100m butterfly as New Zealander Wilrich Coetzee pipped McCarthy, one quarter of the Australian team who were crowned world 4x100m relay champions in Singapore, thanks to a time of 54.48, with South African Brendan Levy taking third.