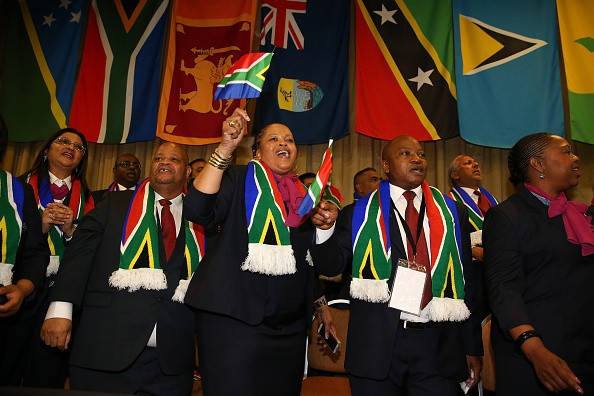 Durban was today officially confirmed as hosts of the 2022 Commonwealth Games, the first time the event will have been staged in Africa.

Edmonton, the South African city's only rival, had withdrawn its bid in February due to the global decline in oil prices.

Durban's selection by the Commonwealth Games Federation (CGF) was rubber-stamped following a 30 minute presentation to its General Assembly, who voted unanimously to award them the event.

"It is a great day for Durban and for South Africa as we bring the Games of 2022 to Africa," Mark Alexander, the chairman of Durban 2022, said.

"This bid to host the Commonwealth Games will accelerate the progress the city is making in construction and development, and in building a more inclusive citizenry.

"Through the Games we aim to build greater social cohesion, create opportunities for empowerment, boost prosperity and ensure equality, while also fast-tracking economic growth in our country.

"The Commonwealth Games in Durban will be a game changer for the city."

It also included Sam Ramsamy, the International Olympic Committee member who is from Durban.

The announcement was broadcast live in South Africa.

South Africa's record in hosting the FIFA World Cup in 2010 and the Rugby World Cup in 1995 demonstrated its organisational ability but it has not yet hosted a multi-sports event of the scale of the Commonwealth Games.

A total of 4,500 athletes from 71 countries and territories are expected to compete at the event.

The Games are scheduled to open July 18, 2022, marking the birthday of Nelson Mandela, who died in 2013, but who was still used in a video during the presentation.

Durban have claimed they will use existing infrastructure to keep the costs of the Games down.

An athletics track will be installed at the existing Moses Mabhida Stadium, built for the 2010 World Cup and which hosted five group games, one second round game and a semi-final match.

Prince Imran, who earlier in the day had lost his position as President of the CGF to Scotland's Louise Martin, chair of the committee that had evaluated Durban's bid, hailed an historic day for the Commonwealth Games Movement.

"Over more than eight decades, many great Commonwealth cities, nations and territories have hosted the Games in order to build peaceful, prosperous and sustainable communities inspired by the actions and achievements of our Commonwealth athletes, and underpinned by our values of humanity, equality and destiny.

"Our friends from Durban, KwaZulu-Natal and South Africa are now primed to to make the most of that responsibility and opportunity, and it gives me very great pleasure to welcome the South African city of Durban, as proud host of the XXII Commonwealth Games.

"As a Movement, we stand together to welcome and support the very first Commonwealth Games on African soil."