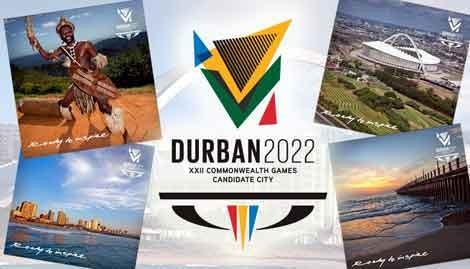 Durban's bid to host the 2022 Commonwealth Games will start being inspected by voters today when delegations from Africa and Asia arrive in the South African city.

They will be followed by a group from Commonwealth Games Associations (CGA) in Europe and Oceania on July 22 and then from the Americas and Caribbean countries on August 5, less than a month before the Commonwealth Games Federation (CGF) votes on whether Durban should become the first African nation to host the event.

They have been the only bidder since February when Edmonton withdrew, blaming the impact of the woldwide oil crisis.

But the CGF still has to formally to approve that they should stage the event.

The aim of the inbound visits is for these Commonwealth Games Associations, representing the 71 countries of the Commonwealth, to conduct personal assessments of Durban’s bid proposal.

In April the CGF’s Evaluation Commission, chaired by Scotland's Louise Martin, visited Durban to meet the Government and city partners who will be essential to the successful delivery of the Games, as well as visiting numerous competition and non-competition venues and facilities.

The Evaluation Commission is due to publish its report on July 31 and present its finding to the full CGF membership at the General Assembly in Auckland on September 2.

“These visits by the CGA are absolutely critical for the bid process as they would determine whether Durban is awarded the right to host the Games in 2022 or not," Tubby Reddy, the chief executive of Durban 2022, said.

"These member countries would make their own appraisal of our bid and then cast their vote in September.

"It is therefore imperative that what we lodged at the CGF in London in March meets the expectations of the CGA when they inspect the infrastructure and facilities in Durban.”

Mark Alexander, chairman of Durban 2022, is confident, though, that they will impress their important visitors.

“We believe that we have lodged a world-class bid that meets all the stringent criteria set by the CGF and that when the CGA votes in September, the Games will be coming to Africa in 2022," he said.