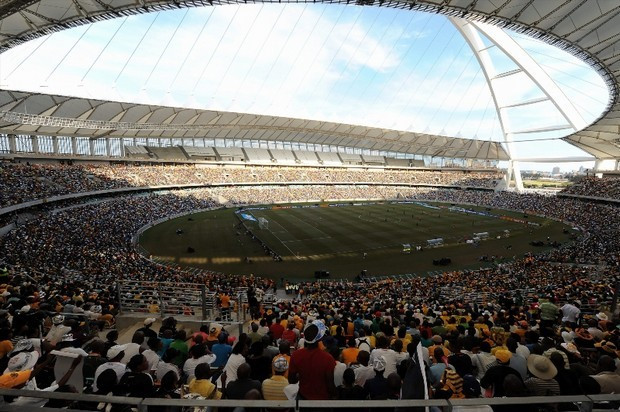 Rugby sevens at the 2022 Commonwealth Games in Durban could be moved to Moses Mabhida Stadium and the Closing Ceremony held at Kings Park Stadium following the first visit of voting delegates to the South African city.

It was one of several suggestions made by officals from the 21 African and Asian countries who have just completed a visit to Durban to inspect their bid.

"They gave us a lot of advice on how to do things slightly differently.

“The suggestions they made have helped us from a budget perspective, and also helped ensure we’re in a position to host the best possible Games.

“All the feedback has been very positive.”

Alexander claimed the suggestion to hold rugby sevens Moses Mabhida Stadium, rather than Kings Park Stadium, and move the Closing Ceremony in the other direction would help save money.

“This means we have more time to prepare for the Closing Ceremony without having to break things down and rebuild,” he said.

The Kings Park Stadium, home of the local Sharks rugby team, was originally built in 1958 but has since undergone extensive renovation, including for the 1995 Rugby World Cup, when it staged South Africa's semi-final against France, which the home side won 19-15, taking its current capacity to 52,000.

The Moses Mabhida Stadium, named after Moses Mabhida, a former General Secretary of the South African Communist Party, was built for the 2010 FIFA World Cup and has a capacity of 54,000.

It would still stage the Opening Ceremony, along with the athletics and rugby sevens.

Alexander revealed during the visit of the delegates that they plan to spend ZAR40 million (£2 million/$3.5 million/€3 million) on laying a track in the Moses Mabhida Stadium and another one at Kings Park for training purposes.

“The upgrade and building of the track was always going to happen, whether the Games happened or not," said Alexander.

Durban are the only bidder following the withdrawal in February of Edmonton, blaming the impact of the woldwide oil crisis.

But Alexander warned that, even they are the only candidate, Durban still need to prepare properly for the Commonwealth Games Federation General Assembly in Auckland on September 2, where the official vote will take place.

“Being the only person to write an exam doesn’t guarantee you a pass," Alexander said.

"So we still need to meet every minimum requirement,”