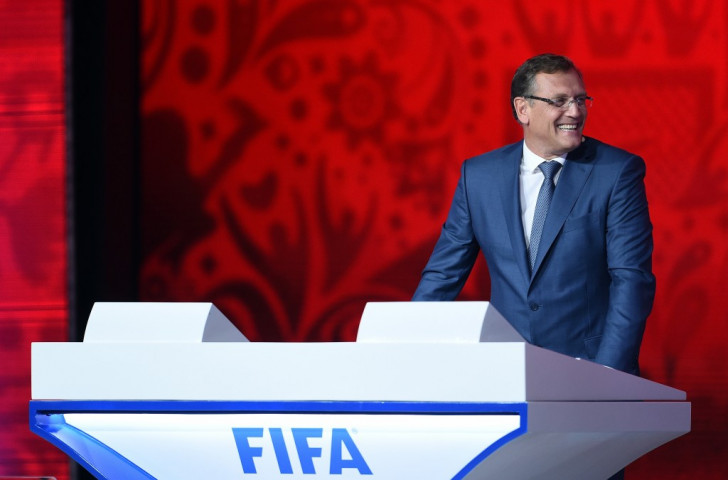 FIFA secretary general Jerome Valcke could launch an audacious bid to become the next President of world football’s governing body following reports he has sounded out the possibility among FIFA officials and at least one Confederation.

According to BBC Sport, the Frenchman has attempted to gauge the support he would have if he was to enter the race to become much-maligned President Sepp Blatter by approaching a Confederation and a National Association.

It has also been reported that Valcke has spoken with several FIFA officials about his potential candidacy, although many of these are said to be strongly opposed to the 54-year-old standing.

Following arguably the worst scandal to hit the governing body, which plunged world football into crisis and forced Blatter to resign his post just five days after being successfully re-elected in May, FIFA announced the establishment of a new Reform Committee to help rebuild the organisation’s tarnished image.

The Committee, led by François Carrard, a former International Olympic Committee (IOC) director general who oversaw the reform process following the Salt Lake City bribery scandal, is due to  have its first meeting in the Swiss capital Bern next Wednesday and Thursday (September 2 and 3).

It is feared Valcke’s potential bid could undermine any efforts of the Committee and of FIFA, who are trying to show the American and Swiss authorities that they can repair their battered reputation through reform, as appointing someone from within could be seen as a step backwards.

The Frenchman also remains at the centre of the ongoing scandal for alleged involvement in a $10 million (£6.5 million/€9 million) payment to disgraced former Confederation of North, Central American and Caribbean Association Football President Jack Warner in exchange for his support for South Africa’s eventually-successful bid to host the 2010 World Cup.

Valcke denies any wrongdoing with regards to the investigations.

If Valcke does choose to run, despite the uproar such decision might bring upon FIFA, he will join UEFA President Michel Platini, South Korea’s Chung Mong-joon, Liberian Football Association President Musa Bility and former Brazilian international Zico on the list of those bidding to succeed Blatter, who will step down at an Extraordinary Elective Congress on February 26 next year.

Platini, meanwhile, has claimed his current tenure at the helm of UEFA, which lasts until 2019, will be his last should he not be elected as the new head of world football’s governing body.

The news also comes after FIFA met with five of its leading commercial affiliates to discuss reforms in the wake of the corruption scandal, which saw several senior officials indicted on charges of racketeering, fraud and money laundering.

Representatives of brewing company AB InBev were joined by those of Adidas, Coca-Cola, McDonald’s and VISA at FIFA’s headquarters in Zurich last week.