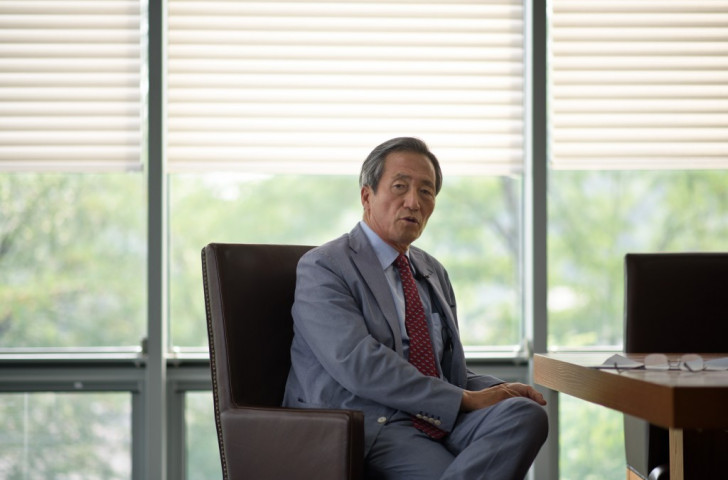 FIFA Presidential candidate Chung Mong-joon has blasted world football’s governing body for misrepresenting donations he made to relief efforts in Pakistan and Haiti, accusing them of acting “unethically”.

The South Korean, who officially announced his candidacy for the FIFA Presidency yesterday, refuted claims of wrongdoing related to a total of $900,000 (£573,000/€809,000) worth of gifts and donations he gave to both nations in 2010.

It has been reported that Chung may be investigated by FIFA, which could be seen as feasible as one of the payments of $500,000 (£318,000/€449,000), intended to help football projects after the Haiti earthquake, was controlled by now disgraced FIFA vice-president Jack Warner of Trinidad and Tobago.

Warner was one of nine FIFA officials to be indicted on charges of racketeering, conspiracy and corruption back in May ahead of the FIFA Congress, where Sepp Blatter was successfully elected for a fifth term in office but then stepped down five days later amid investigations into world football’s governing body by Swiss and American authorities.

Chung, a former FIFA vice-president, also gave $400,000 (£255,000/€360,000) to Pakistan to help out with football projects following serious flooding but it has been claimed that the donations “have not been used for (their) original purpose, i.e. for the construction of a football centre in the district of Jhang,” according to Asian Football Confederation (AFC) interim general secretary Windsor John.

Chung, whose comments today could dent a blow to his bid to become Blatter’s successor when the Swiss steps down from a role he has held for 17 years at an Extraordinary Elective Congress on February 26 next year, has hit back at the claims in a statement released by his charitable foundation.

“If these reports are true, we condemn this as a cynical and unethical effort by FIFA to misrepresent even charitable donations for political manipulation,” the statement read.

The news comes after FIFA launched an investigation into claims a critical dossier on Presidential candidate and UEFA leader Michel Platini was leaked, prompting European football’s governing body to accuse them of a "smear campaign".

The document, entitled "Platini - skeleton in the closet" was allegedly sent from FIFA’s headquarters in Zürich to several newspapers.

It detailed how the Frenchman is not a suitable candidate for the role based largely on his open declaration that he voted for Qatar in the controversial 2022 World Cup bid race.

Platini and Chung are joined on the list of potential replacements for Blatter by former Brazilian international Zico and Liberian Football Association President Musa Bility, whose bid has been hampered after the Confederation of African Football refused to give him their backing.