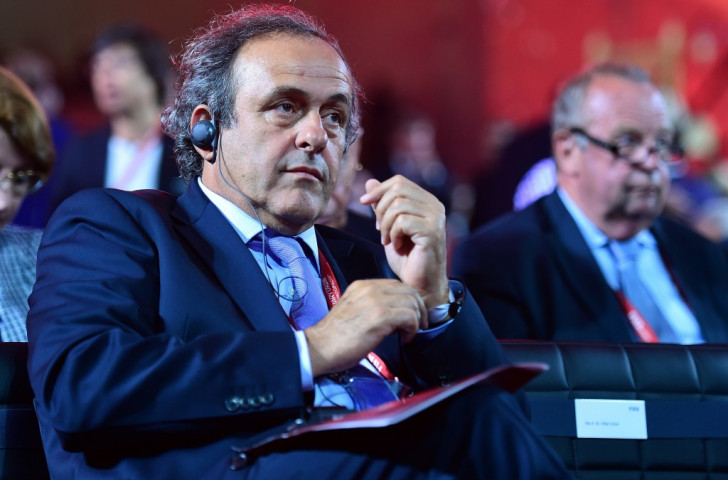 FIFA have launched an investigation into claims a critical dossier on Presidential candidate and UEFA leader Michel Platini was leaked, prompting European football’s governing body to accuse them of a "smear campaign".

The document, entitled "Platini - skeleton in the closet" was allegedly sent from FIFA’s headquarters in Zurich to several newspapers, German publication Welt am Sonntag have reported.

It detailed how the Frenchman, bidding to become Blatter’s successor when FIFA holds its Extraordinary Elective Congress on February 26 next year, is not a suitable candidate for the role based largely on his open declaration that he voted for Qatar in the controversial 2022 World Cup bid race.

The leak caused UEFA general secretary Gianni Infantino to write a letter of complaint to FIFA asking them to investigate the issue.

"We have asked FIFA to investigate the origin of this article because we are concerned by the reports of an alleged smear campaign against the UEFA President.

"Copies of this letter were also sent to [FIFA’s independent chief ethics investigator] Cornel Borbely and [chairman of FIFA's Audit and Compliance Committee] Domenico Scala for ethics and transparency reasons."

The development follows an interview published in Dutch newspaper de Volkskrant  where Blatter alleges that Platini told his brother the night before FIFA’s Congress, held on May 29, "Tell Sepp that he must withdraw before the election or he goes to jail".

The Swiss was re-elected for a fifth term following victory over Jordanian Football Association President Prince Ali Bin Al Hussein but then stood down just days later amid investigations into corruption by both Swiss and American authorities.

Frenchman Platini had openly told Blatter to resign his tenure, which has been littered with allegations of wrongdoing throughout his 17 years at the helm, following the indictment of several senior officals on charges of racketeering, fraud and money laundering, but the Swiss reportedly refused despite doing so shortly after his re-election.

The pair were once close allies but their relationship has deteriorated, which Blatter claims started when Platini was elected UEFA President in 2007.

Despite the increasingly fractious friendship between Blatter and Platini, South Korea’s Chung Mong-joon, a FIFA honorary vice-president, claimed the Frenchman was too close to the Swiss to do an effective job, should he be elected, during the official launch of his campaign to become the next FIFA President in Paris today.

"Recently, Platini said Blatter is his enemy, but we know the relationship was like mentor and protege, or father and son," he said.

"Michel Platini was a great football player, and he is my good friend.

"His problem is he does not seem to appreciate the seriousness of the corruption crisis at FIFA."

Liberian FA President Musa Bility and former Brazilian international Zico are the others vying to become Blatter’s replacement, with a candidacy from Prince Ali also expected.