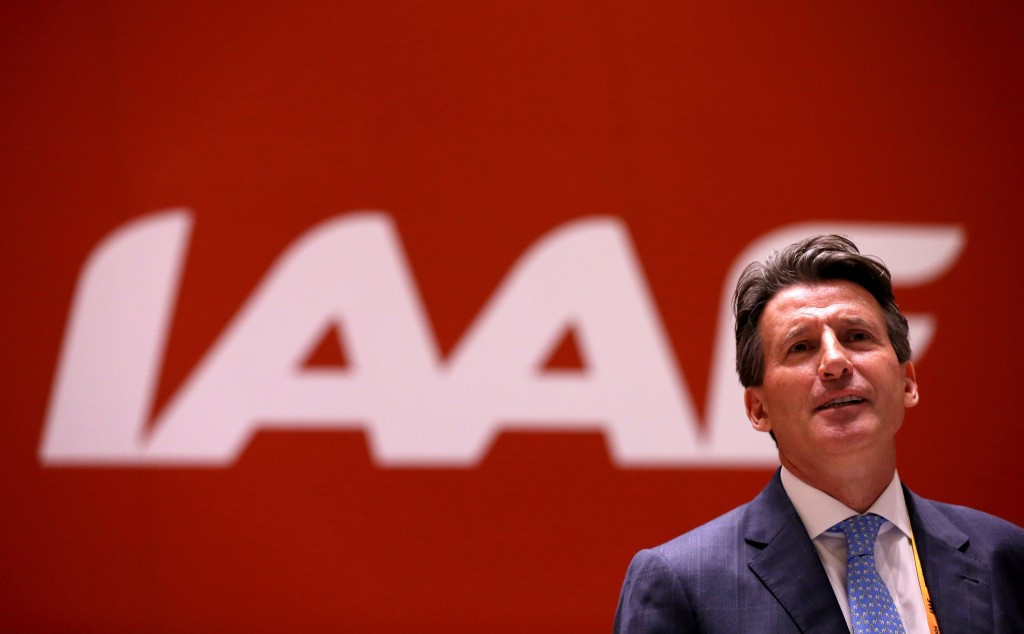 Coe, the former chairman of London 2012, will succeed 82-year-old Senegalese Lamine Diack, who is stepping down from the role after 16 years, at the conclusion of the IAAF World Championships, due to start in the Chinese capital on Saturday (August 22).

He is also expected now to be appointed as a member of the International Olympic Committee (IOC), a role he is likely to take up just before next year's Games in Rio de Janeiro.

Bubka will serve as one Coe's four vice-presidents after receiving 187 votes in the election that followed.

Thirty-four years to the day since he set a world record for the mile in Zürich, Coe claimed his election was the "second most momentous moment in my life" behind the birth of his children.

"These words are not in any way rehearsed, first I would like to thank Sergey for a thoroughly good and long campaign," Coe added.

"I think it has been in the best traditions of everything we both believe, we have fought according to sound judgement throughout.

"I'd like to thank President Diack for the many personal kindnesses both public and private and to you, the Member Federations, for placing your trust in me today."

Bubka was magnanimous in defeat.

"I know that athletics in the future will grow, and become stronger and stronger," he said after congratulating Coe.

The election of 58-year-old Coe came at the end of a marathon campaign during which he claimed to have travelled 700,000 kilometres - the equivalent of four times around the world - and met a representative from all 214 countries who are a member of the IAAF.

"There is no task in my life for which I have been better prepared," Coe told the IAAF Congress during a five-minute presentation before the vote.

"No job I have ever wanted to do more nor would be more committed to.

"With confidence, with affection, my friends I place myself in your hands.

"If you place your trust in me today, I will not let you down."

A key moment in Coe's victory is widely believed to have been a controversial "declaration of war" speech following allegations by German broadcaster ARD/WDR and the Sunday Times that claimed an "extraordinary extent of cheating" by athletes after they obtained blood test data from 5,000 athletes between 2001 and 2012.

Widely condemned in the media for his comments, Coe's staunch defence of the sport appeared to go down well with delegates, however.

"As you have seen in recent weeks I will always be in your corner," he told them during his presentation.

"Your fight is my fight."

Setting up an independent anti-doping agency was among the most important points in Coe's manifesto.

He only alluded to the new organisation in his address to Congress in the loosest of terms, though.

"Committing to a sport based on a strong foundation and the twin principles of trust and integrity," was one of his promises he told them.

"We could not have survived for three weeks let alone 33 centuries if we were based on anything other than that."

Coe is only the sixth President in the 103-year history of the IAAF.

He is the second Briton to hold the role, following the Marquess of Exeter, better known as Lord Burghley, who held the position between 1946 and 1976.

"We have a man who has devoted his life to the sport." said Diack of Coe.