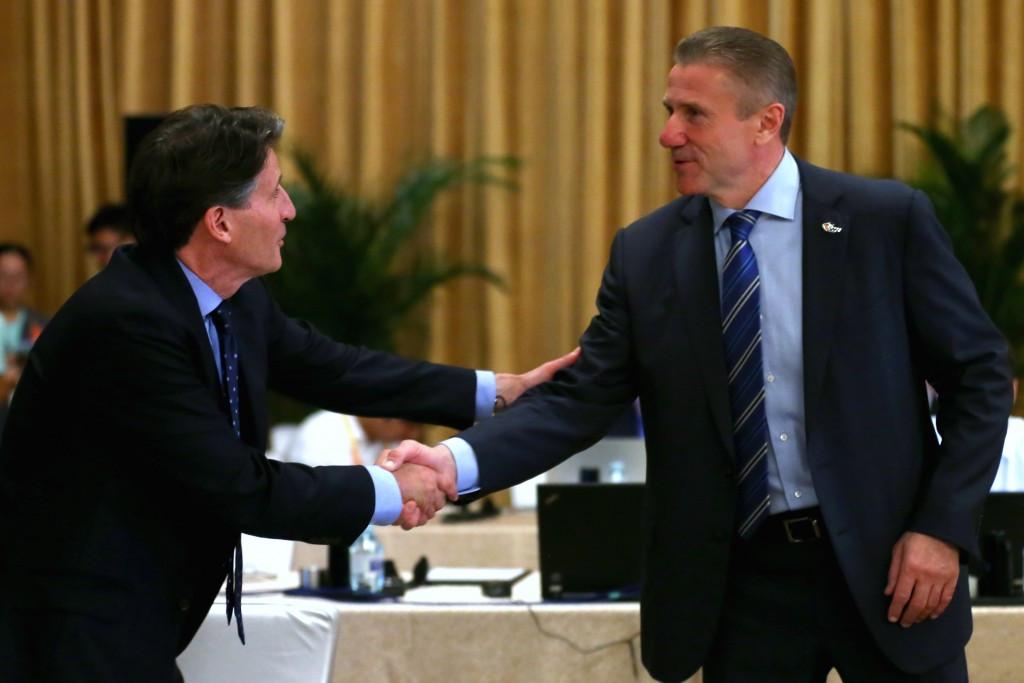 Sebastian Coe will speak second after his rival Sergey Bubka when he addresses delegates in the campaign to become new President of the International Association of Athletics Federations (IAAF) here tomorrow.

Former Sport Minister Hugh Robertson, here representing Britain's double Olympic 1500 metres champion as scrutineer for the election, called correctly in the toss of a coin and decided that Coe would give his five-minute presentation after Bubka, Ukraine's former world pole vault record holder.

Furious last-minute lobbying by both candidates to replace Senegal's Lamine Diack, who is stepping down after 16 years, continued at a welcome dinner held in the Great Hall of the People in Tiananmen Square tonight and on into the small hours of Wednesday morning in the delegates hotel here.

It is estimated that 210 of the IAAF's countries eligible to take part will be in the China National Convention Center to vote in the election, which will be now be held via the electronic system with a paper-based back-up system following assurances to the world governing body's ruling Council that the technology will not let them down as it did at their last elections in Dageu four years ago.

Coe remains the clear favourite with his team estimating that he has at least 120 votes compared to his rival's 80.

Bubka's camp, however, dispute some of the public endorsements that Coe has claimed, particularly Greece, Iceland and Montenegro.

The Icelandic Athletics Federation have said on their website their name should not have been attached to a press release from the Athletic Association of Small States of Europe claiming they were voting for Coe en bloc.

Montenegro have also contacted Bubka to deny they were behind Coe, as have Greece.

"I don`t know how they count, how do they get these numbers," said Bubka, supported here by fellow Ukrainian Vitali Klitschko, the world heavyweight boxing champion.

"Monaco, Montenegro and Iceland have said they didn`t give any permission [to go public as having backed Coe] and you can find many countries like that.

"I prefer not to guess who will win.

"i'm a man of results so we`ll see the results on Wednesday.

"I'm very confident, I have a lot of support from Federations."

Coe, a veteran of elections, both as a former Conservative politician and from when he led London's successful bid to host the 2012 Olympics and Paralympics, is unfazed, though.

“We’re working hard and we assume absolutely nothing,” said Coe.

“Elections are won and lost right up until the last moment.”

August 19 is already a significant date in the careers of both Bubka and Coe.

In 1993 on this date, Bubka won his fourth consecutive world pole vault title in Stuttgart.