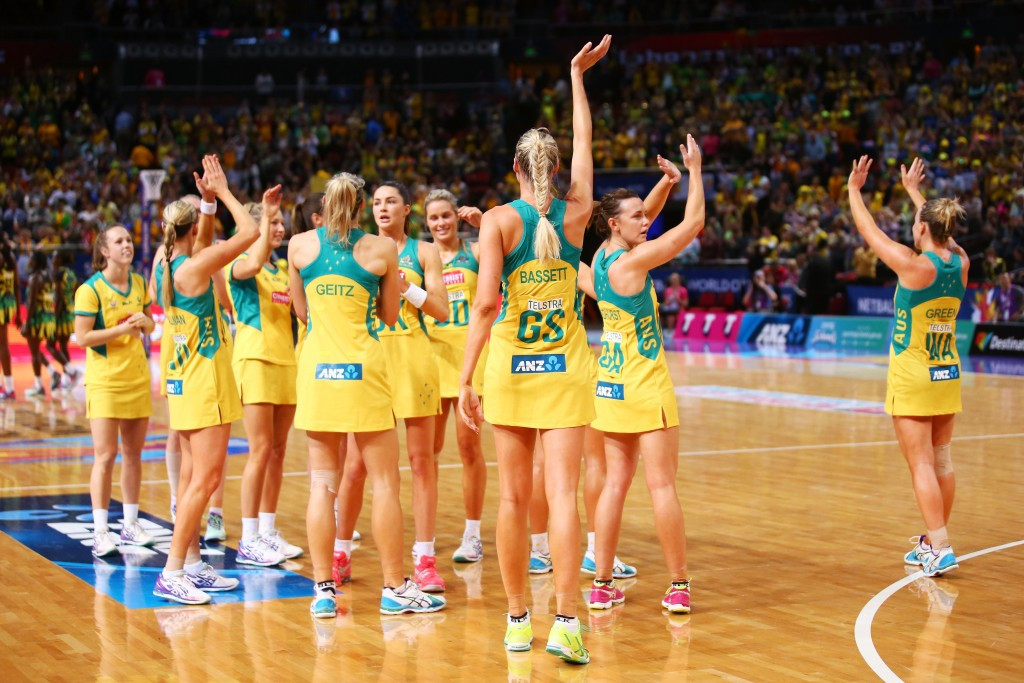 Defending champions Australia will play New Zealand in a repeat of the 2011 Netball World Cup final after both sides successfully came through their semi-final encounters against Jamaica and England respectively at the Allphones Arena on the Olympic Park in Sydney.

In front of a world record netball crowd of 16,244, Australia defeated fourth-ranked Jamaica 67-56, while New Zealand overcame England 50-39 to maintain their unbeaten record.

Australia’s vice-captain Kimberley Green and Natalie Medhurst provided movement and space for top goalscorer Caitlin Basset as the world number one side took the first quarter 17-15.

The lead was stretched to 35-26 at half-time but Jamaica came out fighting after the break, dominating the third quarter to put them within seven points of Australia at 49-42.

Sharni Layton stepped in for Australia captain Laura Geitz in defence for the fourth quarter, while an early injury to Jamaica’s Kadie-Ann Dehaney saw her move to the bench as Jhaniele Fowler-Reid stepped into the attacking circle.

Top goalscorer Romelda Aiken also reverted to defence to hold out Basset and Medhurst, but the substitutions had little effect on Australia, as they regained composure to score 18 goals to Jamaica’s 14 and secure victory.

"It gives you confidence when you’re playing well and combing well…and for us, it’s going to step up another notch," said Medhurst.

In the other semi-final, New Zealand signalled their intent from the outset scoring the first four goals in their match against England.

Wing defence Serena Guthrie was involved in everything as England pegged back the early lead, but it did not prevent New Zealand holding a healthy 11-5 advantage after the first quarter.

England won the second quarter 12-10 to reduce the deficit to four before New Zealand hit back in the third to move 37-27 in front.

Three missed shots from Bailey Mes to open the quarter provided an opportunity for England, however, a number of turnovers from Jade Clarke and goal attack Pamela Cookey handed the ball straight back to the Kiwis, who stood strong to seal an 11-goal win.

New Zealand captain, Casey Kopua was pleased with her side’s ability to exert pressure throughout the match.

"We wanted to do that for the whole 60 minutes," she said.

"Obviously there were things that weren't quite right that we can fix for tomorrow."

England are due to play Jamaica in tomorrow's bronze medal match before the final showdown between Australia and New Zealand.