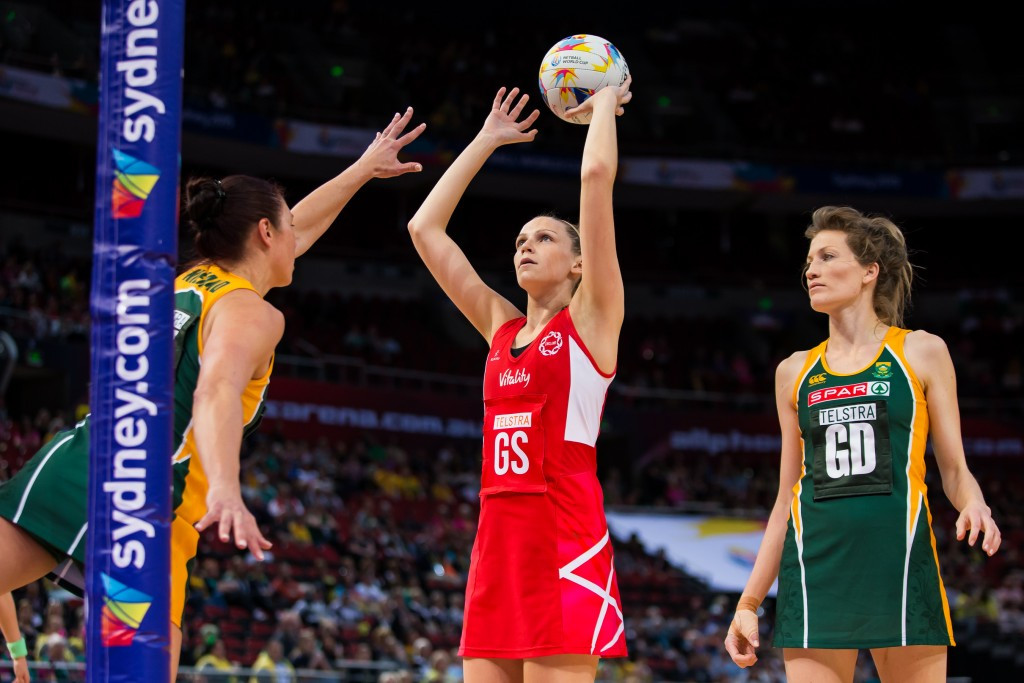 England secured their place in the semi-finals of the Netball World Cup after claiming a hard-fought 62-46 win against South Africa at the Allphones Arena on the Olympic Park in Sydney.

Both teams went into their final Pool F encounter knowing a win was essential to keep themselves in medal contention and although England are ranked three places higher than their opponents, it was far from straight forward.

England coach Tracey Neville kept faith in the same starting line-up that took to the court in a convincing victory over Wales last time out and, despite a sluggish start, her team gradually asserted themselves to book a place in the last four.

The match started well for England with Jo Harten finding her range and nailing an exquisite mid-range attempt for the opening goal of the match.

A Sonia Mkoloma pick-up looked to have put England in control early on, but it was not to be converted and South Africa fought back.

Four goals in a row had the Proteas ahead and it took strong pressure from England's defensive unit to regain their composure.

England responded with six unanswered goals of their own as the nerves started to settle, pushing the first quarter lead out to 16-8.

The scoreline at half-time was 32-21 in England’s favour and although they preserved their advantage going into the final quarter, South Africa were still well in contention at 46-36.

Both countries pushed all the way only for flurry of goals from Helen Housby in the final few minutes to seal victory for England, who now go on to face New Zealand in tomorrow’s semi-final showdown.

The Silver Ferns beat Uganda 76-33 to secure their place at the top of Pool E, while Jamaica took the runners-up spot after overcoming Malawi 63-62.

Elsewhere on day eight of competition in the classification matches, Zambia defeated Singapore 67-36 to register their first win at the third time of asking.

The result sees Zambia and Singapore finish third and fourth respectively in Pool G, with Trinidad and Tobago’s 67-47 win against Samoa yesterday ensuring top spot for them at the expense of their opponents.