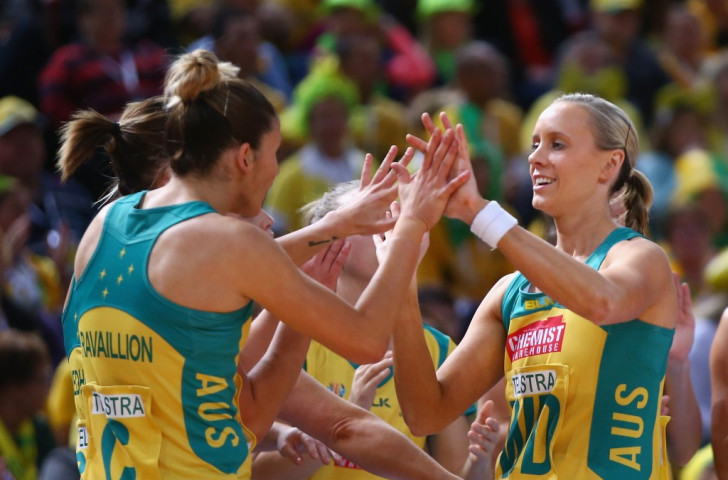 Hosts and reigning champions Australia bounced back from their shock defeat at the hands of New Zealand with a 51-41 victory over England as the second phase of the Netball World Cup at the Allphones Arena on the Olympic Park in Sydney got underway.

The 10-times champions, considered strong favourites to win on home soil, produced a battling display to overcome world number three England and banish the demons of their surprise lose to arch-rivals New Zealand in the qualification round.

England, meanwhile, had come into the match off the back of a 100 per cent record in the group stage following wins against Scotland, Jamaica and Samoa but came up against a determined Aussie side as they fell to their first defeat of the tournament so far.

The Australian Diamonds started the contest in ominous fashion, making the most of their possession they enjoyed to move into a 25-20 lead at half-time.

England tried to increased the pressure at the start of the second-half but the Australians demonstrated intelligent play, keeping their opponents at bay, extending their advantage by a further four goals going into the final quarter.

By that point, the wind had been taken out of English sails and the hosts were able to see out a win that gives them a perfect start to their Pool F campaign and leaves England needing a response in their next match against Wales tomorrow to avoid a premature exit from the competition.

The Welsh side will also go into the clash desperately requiring a victory after they were soundly beaten 68-40 by South Africa in the other match in the group, also their first loss of the tournament after claiming three straight wins in the first group stage.

Elsewhere on a dramatic day at the event in Sydney, New Zealand continued their impressive form as they recorded an entertaining 55-48 success over 2014 Commonwealth Games bronze medallists Jamaica in Pool E.

In a topsy-turvy contest, the Silver Ferns, chasing their fifth World Cup title following two successive final defeats to Australia, led by three goals advantage after the first quarter before Jamaica hit back to lead by the same margin at half-time.

New Zealand recovered once again, re-establishing their three-goal advantage going into the final quarter before they closed out a victory which once again highlighted how little separates the top sides in world netball.

Elsewhere in Pool E, Malawi, who were another side to finish with a 100 per cent record after the first phase, proved too strong for Uganda with a 59-53 triumph in an all-African affair to boost their chances of reaching the semi-finals.

As well as the matches in the groups which will decide who reaches the last four, the classification contests also began today as Samoa beat Singapore 46-39 in Pool G, before Trinidad and Tobago thrashed Zambia 66-39 in the same group.

Pool H saw Scotland edge Barbados in a low-scoring match as they claimed a 37-34 win while Fiji hammered Sri Lanka 77-31.