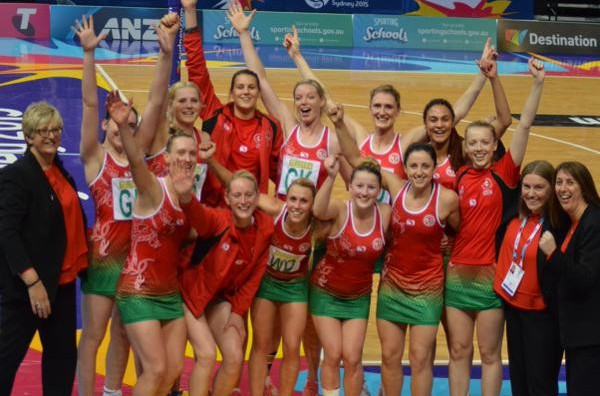 Wales maintained their 100 per cent record at the Netball World Cup as they edged a hard-fought contest with Uganda 49-47 to ensure they finished top of Pool D at the Allphones Arena on the Olympic Park in Sydney.

The game between two evenly-matched sides was a thrilling affair as the Welsh side led until the third quarter before Uganda fought back to go into the final period with the advantage.

Wales, ranked at number eight in the world, were able to produce an excellent display of shooting in the final quarter to retake their lead and see out their third straight win at the tournament following victories over Fiji and Zambia.

Their triumph was slightly dampened by injuries to captain Suzy Drane and vice-captain Rosie Pretorius, who both had to undergo treatment for leg problems during the match.

Trish Wilcox's side’s first match of the next round is against the South Africans, who cruised to a thumping 89-17 victory over Sri Lanka in their last pool outing.

The defeat for Uganda means they will go on to face New Zealand, Malawi and Jamaica.

England meanwhile will take on Australia tomorrow, with coach Tracey Neville admitting they cannot take the Diamonds lightly following the hosts shock defeat at the hands against New Zealand yesterday.

“We can’t underestimate and assume that the Aussies are on a down and that they will be easy to take because an Australia side is never easy,” she said.

“Our girls have got a point to prove, you are always going for a win but as I have said from the start it’s about the performance and I feel that if we perform, we will be a tough team to beat.”

The Jamaicans, bronze medallists at the 2014 Commonwealth Games, secured second spot in Pool B as they made light work of Scotland with a crushing 71-24 success.

The win for Jamaica saw them progress to the next phase as runners-up behind England, who also finished the group stage with a 100 per cent record.

Elsewhere on the final day of first round matches, Fiji picked up their first win of the tournament so far as they beat Zambia 59-51 in a high-scoring encounter in Pool D.