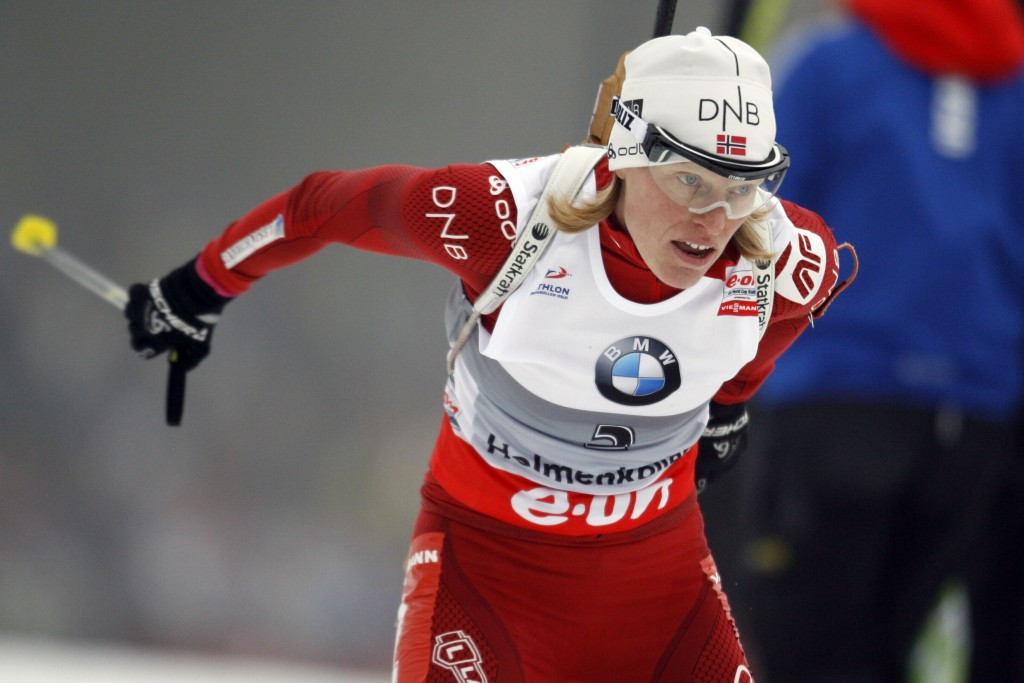 Two-time Olympic gold medal-winning biathlete Tora Berger has been named among the 15 Athlete Role Models (ARMs) who will support those competing at the Lillehammer 2016 Winter Youth Olympic Games (YOG) in her home country Norway.

Berger, winner of gold medals in the 15 kilometres individual event at Vancouver 2010 and mixed relay at Sochi 2014, is joined on the list by eight fellow Olympic gold medallists.

Selected by the Winter International Federations whose sports will be featured at Lillehammer 2016, the ARMs will play a key role in supporting, mentoring and offering advice to the 1,100 young athletes who will be participating in the Winter Youth Olympic Games.

"The Athlete Role Models are giving back to sport by supporting the next generation of young athletes, both on and off the field of play," said Angela Ruggiero, chair of the International Olympic Committee (IOC) Coordination Commission and an Olympic champion in ice hockey.

"The ARMs have a wealth of knowledge to share with the young athletes garnered from their successful careers as sportsmen and women, and will be a huge support and comfort to the young athletes, many of whom will be experiencing their first multi-sport international competition."

The ARMs will be accessible to the athletes in the Youth Olympic Village and during a series of educational activities and workshops within the learn and share programme.

These activities will focus on areas such as skills development, how to lead healthy lifestyles, environment and social responsibility, and Olympism.

The athletes can also learn valuable lessons from the ARMs during "Chat with Champions" sessions – a question and answer format to promote discussion with the young athletes.

Fans of the Youth Olympices, meanwhile, will have the opportunity to put their questions directly to the ARMs during informal chat sessions on the IOC’s social media channels.

The main goal behind the ARM programme is to allow the athletes to share their experiences and inspire the athletes to be the best they can be both on and off the field of play.

Also in attendance will be the IOC Athletes’ Commission, which will play a key role in the educational activities and workshops for athletes off the field of play.

The second edition of the Winter Youth Olympic Games is scheduled to take place from February 12 to 21.