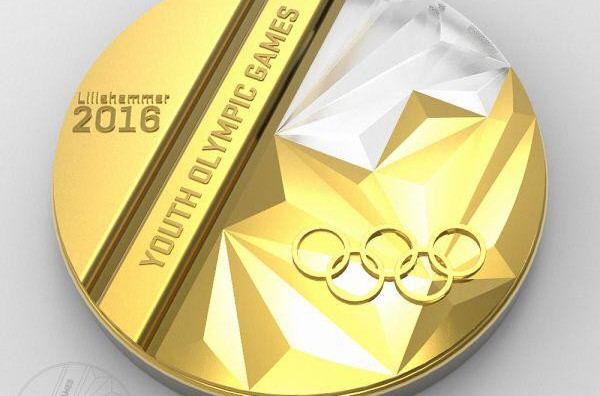 Romanian 20-year-old Burzo Ciprian has been confirmed as the winner of the competition with his design titled “To the TOP” now set to feature on the gold, silver, and bronze medals at next year’s Games, due to be held from February 12 to 21.

Additionally,  Cirprian has won a visit for two people to the Games from 11 to 15 February 2016 and will receive access to the Opening Ceremony and sports taking part during his visit.

“For me was one of the best feelings I've ever had after I was announced as the winner," he said.

“It's a nice moment because I know that my design will remain in the history of Olympic Games and Youth Olympic Games.

“I feel proud for what I have done.”

Ciprian’s design was chosen as the winner by a panel of 14 judges, comprising of Olympians, Young Ambassadors and young reporters who looked at more than 300 entries submitted from 65 countries.

“Burzo's design was very unique and contemporary, keeping in mind the spirit of the Youth Olympic Games,” said judge Sonali Prasad, a young reporter from India.

“We were looking for something different, something that represents all the elements of the Games; something that the young champions would be able to take back home not only as a sign of their victories, but also as a token that would symbolise the memories of their time at Lillehammer 2016.

“It gives me happiness to see a young 20-year-old capture all that and much more in his winning design."

Among the judges was Australian Young Ambassador Jessica Fox, winner of a gold medal at the Summer Youth Olympic gold in Singapore in 2010, who has since gone on to become a four-time world champion and earned an Olympic medal silver at London 2012.

Two runners-up, who will receive a Samsung tablet, were also selected.

Another Romanian, Dora Korponay, was chosen as the runner-up with a design titled “four elements”, while 22-year-old Indian Nikhil Bapna’s design “And still I rise” was awarded third place.