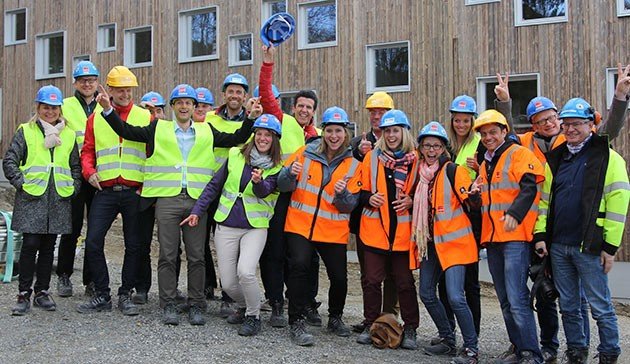 The International Olympic Committee (IOC) Coordination Commission has praised the Lillehammer 2016 Organising Committee (LYOGOC) for embracing and implementing many of the Olympic Agenda 2020 recommendations into the Winter Youth Olympic Games (YOG), following the conclusion of its fourth visit to the Norwegian town today.

With the second edition of the Winter YOG less than 10 months away, the IOC claim to be impressed by progress made and the response to President Thomas Bach’s request to “look for options to scale down the protocol at the Youth Olympic Games”.

The Coordination Commission "wholeheartedly supported" the recent decision to move the half-pipe competitions to the existing venue in Oslo, creating more flexibility for the organisation.

Additionally, the decision was taken to hold victory ceremonies within the venues at the end of the competitions, reducing the protocol of a Medals Plaza, while a scaled down farewell party will replace the Closing Ceremony.

“The team in Lillehammer has taken its sustainable approach to a new level with its creative and innovative ideas to not only reduce cost, but to make the YOG unique,” said IOC Coordination Commission chair, Angela Ruggiero, following the visit to the mountain region of Oeyer.

“I can feel the excitement building as the Olympic Rings return to Norway in less than 300 days.

“With the extensive plans to engage all young people across the nation, Lillehammer 2016 will leave a great legacy long after the Games have concluded.

“From day one, we have had a great partnership with the team in Lillehammer and long may this collaboration continue as we go towards the Games.”

Engaging with communities, another key Olympic Agenda 2020 recommendation, has been put into practice by the local organisers and supported by Government at national, county and municipal level.

A total of 21,000 young Norwegians will experience their “Dream Day” at the YOG; enjoying sports competitions, participating in the “Try the Sport” programme and enjoying the music and culture festivals that are under development.

Furthermore, LYOGOC gave an update on its projects to involve young people at all levels of the organisation, from youthful designers who created the mascot, pictograms and 'Look of the Games', one of the key visual elements of any Olympic Games, to young sports presenters and competition managers.

The commitment to involve young people was further supported by the decision to follow the successful Innsbruck 2012 model of free tickets to all the sports competitions.

“The IOC has confirmed that we are on the right track in our planning, and, with its guidance and openness to our ideas, we have created some new and exciting elements to make Lillehammer 2016 totally unique and totally awesome,” said Tomas Holmestad, LYOGOC’s chief executive.

The Coordination Commission was happy with the progress made on the Youth Olympic Village (YOV), which is nearing completion.

Supported by the IOC’s €13.5 million (£9.7 million/$15.1 million) investment, the YOV will be used as student housing before and after the Games.

Several other legacy commitments have also come to fruition, including contributing to the 10-year plan to boost Norwegian youth sport and the establishment of a Lillehammer Legacy Centre.

Moving away from the traditional Torch Relay, LYOGOC presented its Torch Tour concept, which will engage all 19 counties of Norway.

The 'road-show' will take the flame nationwide to visit nominated young 'sport change-makers'.

A Flame event will be hosted in each county, organised by 200 young leaders, who will go on to support the thousands of Games-time volunteers.

The IOC launched a stinging attack on the Oslo 2022 Bid Committee in the immediate aftermath, criticising chiefs for failing to properly brief politicians and calling the decision to axe the Olympic and Paralympic bid a "missed opportunity".