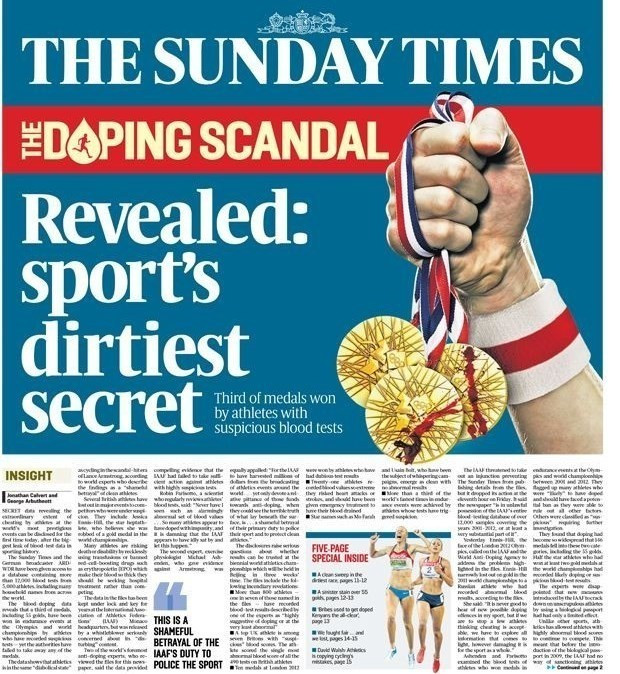 The Confederation of African Athletics (CAA) has become the latest organisation to hit out at the recent doping allegations to plague the sport, claiming “immense damage” has been caused to their athletes and that they are “disturbed” a lot of them are aimed at Kenyan athletes.

The Sunday Times and ARD reported they were given access to the results of more than 12,000 blood tests conducted by the International Association of Athletics Federations (IAAF) between 2001 and 2012, which they claimed showed more than 800 athletes, including many from Kenya, had given blood samples that were "highly suggestive" of doping or "abnormal".

The news caused IAAF to brand the allegations as “sensationalist” before they accused ARD and Sunday Times scientists of "seriously incorrect assertions".

In a statement responding to the claims, CAA, which is led by Cameroon's Hamad Kalkaba Malboum, a member of the IAAF's ruling Council, also lambasted the two media outlets for not treating African athletes in an ethical manner and slammed the press for a lack of consistency.

“The Confederation of African Athletics (CAA) is disturbed that allegations have been aimed against athletes from African countries, like Kenya, when the overwhelming majority of athletes have never tested positive for any banned substance,” the statement sent to insidethegames read.

“Such sensationalistic journalism paints all athletes from these countries, and indeed the continent’s athletes with a black brush.

“It is with great sadness that the Confederation of African Athletics must say that our athletes have not been treated ethically by the press and that the press has revealed no consistency across the continents in their reporting.

“The damage that has been done to individual athletes’ careers and personal lives is immense.

“The suspicion that will now be levelled at all fellow African athletes is without doubt unpardonable.”

Kenya has been embroiled in several doping controversies in recent years, with many of their top athletes being exposed as cheats, prompting accusations of a widespread doping scheme.

More than 40 Kenyan runners have tested positive in the past two years.

Three-times Boston Marathon champion Rita Jeptoo was also hit with a two-year suspension earlier this year after a sample she provided during an out of competition test in September 2014 revealed traces of blood-boosting drug erythropoietin (EPO).

The scandals involving Kenyan athletes then led Athletics Kenya President Isaiah to suggest the crisis was “as bad as AIDS”.

Athletics Kenya have also refuted the claims made by The Sunday Times and ARD in a statement released last week, where they said media claims of widespread systematic doping among Kenyan runners as "suspect and ill-motivated”.