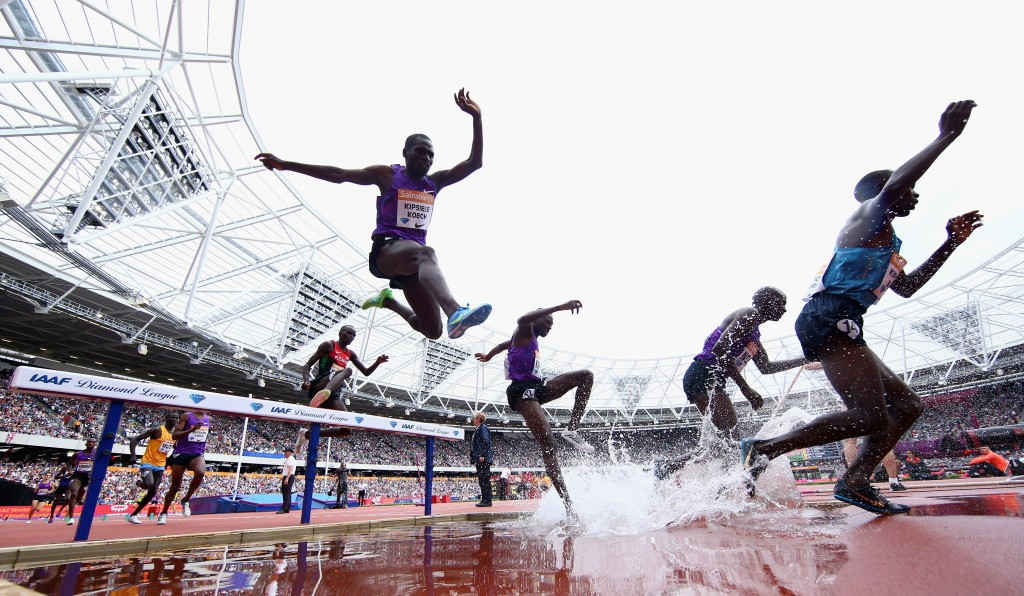 The International Association of Athletics Federations (IAAF) has described the most recent allegations of doping within the sport, made at the weekend by the Sunday Times and German TV company ARD, as "sensationalist and confusing" and based on data that was not conclusive in itself and was openly published by the world governing body four years ago.

The IAAF also expressed its "surprise" at comments on this case already made by the World Anti-Doping Agency (WADA), whose President, Sir Craig Reedie, said on Sunday (August 2) that WADA was "very disturbed".

The Sunday Times and ARD reported they were given access to the results of more than 12,000 blood tests conducted by the IAAF between 2001 and 2012, which they claimed showed more than 800 athletes, including many from Russia and Kenya, had given blood samples that were "highly suggestive" of doping or "abnormal", according to the two scientific experts they asked for an analysis.

In responding to these allegations today in a detailed rebuttal, athletics’ world governing body insisted: "The published allegations were sensationalist and confusing: the results referred to were not positive tests.

"It is important to be very clear that a large proportion of these blood samples were collected in a period before the implementation of the Athlete Biological Passport (ABP) and cannot therefore be used as proof of doping.

"The IAAF quite rightly operates within an anti-doping framework, provided by WADA, where suspicion alone does not equal proof of doping."

The statement adds: "In fact, ARD and the Sunday Times both admit that their evaluation of the data did not prove doping."

The release continues: "While the ARD and the Sunday Times may wish to pretend they have a 'scoop' by reporting on suspected prevalence of doping, their efforts are in fact over four years behind those of the IAAF.

"The IAAF has already publicly published [in 2011] a review of its blood profiles in a peer reviewed journal.

"Far from hiding from these statistics, to our knowledge the IAAF is the only sport in the world to have openly reported, reviewed and analysed the statistics available in its long-term blood profiling database."

The IAAF response included a quote from Professor Giuseppe d'Onofrio, one of the world's leading haematologists working as an expert in the field of the ABP, which the IAAF set up for long-term monitoring in 2011.

"Ethically, I deplore public comments coming from colleagues on blood data that has been obtained and processed outside of the strict regulatory framework established by WADA which is designed to ensure a complete and fair review of ABP profiles," he said.

"There is no space for shortcuts, simplistic approaches or sensationalism when athletes’ careers and reputations are at stake."

The statement also quoted Robin Parisotto, the expert relied on by the Sunday Times, from an interview with Cycling Tips published in 2014.

"…with the biological passport," he said.

"It is not a one-off test, where you may simply test positive and then the case goes ahead.

"In this case you have to accumulate a great amount of detail.

"You have to cast your eye over perhaps years of data to see if there is some sort of pattern that is suspicious."

The response added: "The Sunday Times’ story is based on the allegation that six specific athletes recorded suspicious results which we did not follow up.

"In fact, as the newspaper was told before publication, each test led to intensive follow up, as a result of which the six athletes were subsequently caught cheating and banned."

Sir Craig's comment came in a statement given at the 128th International Olympic Committee Session in Kuala Lumpur in which he spoke of "new allegations...which will, once again, shake the foundations of clean athletes worldwide".

He added: "Given the nature of these allegations, which are an extension to those that were raised by ARD’s December 2014 documentary, they will immediately be handed over to WADA’s Independent Commission for further investigation."

The IAAF statement says that the  2011 IAAF Prevalence Study into Blood Doping.pdf found "that there are clearly some nations who account for the largest percentage of suspicious blood values".

"The IAAF does not shy away from this fact," read the statement.

"The IAAF also notes that those countries who are reported by the ARD and the Sunday Times as having among the highest percentage of abnormal samples are the very same countries who currently lack a history of implementing a strong, robust and Code compliant national anti-doping programme backed with Government support.

"WADA is responsible for national compliance with the World Anti-Doping Code, and the IAAF remains available as always to provide assistance wherever possible to ensure these nations are implementing effective anti-doping controls.

"In that regard, the IAAF is surprised by WADA's comments, particularly given how closely it has worked with WADA over the entire period to try to advance the fight against blood doping, notably in assisting in the development and implementation of the Athlete Biological Passport.

"The IAAF wants to stamp out all doping in sport and welcomes greater public debate.

"There is no perfect system for catching drug cheats, but the IAAF has been at the forefront of drug testing for many years.

"Under its pioneering Athlete Biological Passport system, more athletes have been banned for cheating by the IAAF than all other sports federations and national anti-doping agencies put together."

To read the IAAF's full response in relation to its testing and targeting of suspicious athletes click iaaf-response-to-ard-and-st-in-full.pdf.