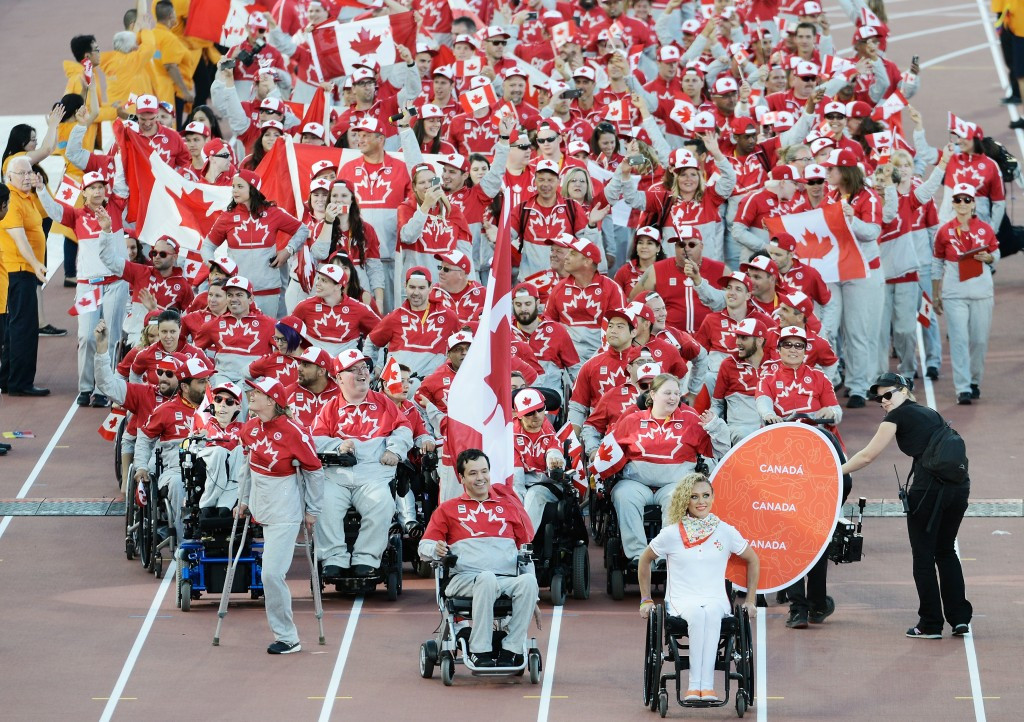 An energetic and colourful Opening Ceremony celebrating the unity of cultures of the continent got the Toronto 2015 Parapan American Games underway in the CIBC Pan Am/Parapan Am Athletics Stadium at York University.

Following a rendition of Canada's national anthem, performed by Franco-Ontarian Gabrielle Goulet, the flag of the host country was raised by the Royal Canadian Mounted Police and the Ontario Provincial Police to get the Ceremony underway.

Canada’s heritage was once again of show throughout the duration of the event, as it had been during both Pan American Games Ceremonies, as the country’s four ancestral nations - The Mississaugas of the New Credit First Nation, the Huron-Wendat First Nation, the Six Nations of the Grand River and the Métis Nation of Ontario - were celebrated.

Their segment of the Ceremony reflected upon the formative years of Canada while also attempting to show modern Canada’s ambition to continue to ensure the traditions are remembered by the current and future generations.

The Ceremony also continued the theme of both the Pan American Games’ Ceremonies which focused on unity through diversity, with the production delivered by B5C Productions in a joint venture between local company BaAM Productions and American-based FiveCurrents.

Toronto 2015 chief executive Saäd Rafi welcomed the athletes to the largest ever edition of the Parapan American Games and encouraged the crowds to offer their full support to the athletes.

“When we see these amazing athletes compete, we see spirit and strength that shows us anything is possible,” he said.

“These Games will change attitudes, inspire accessibility and inclusivity, creating space for the unlimited potential of all people.”

One of Canada’s most success Paralympians Benoit Huot, who has earned nine Paralympic swimming golds during his illustrious career, delivered the athletes’ oath.

He was joined by Canadian cycling coach Sebastien Travers, who read the coaches oath.

The formalities were completed by the arrival of the two Parapan American Games Flames which had travelled across the province of Ontario during the Torch Relay which built up to the Games, scheduled to last until August 15.

After the former wheelchair racer lit the Parapan American Games Cauldron, Toronto’s Francesco Yates sang songs from his debut album to bring the Ceremony to a close, with fireworks greeting the end of his performance.