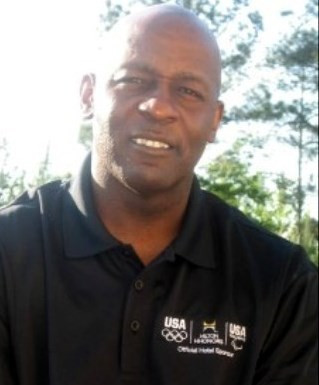 US Paralympics have announced Curtis Lovejoy will be the United States’ Flagbearer for the Opening Ceremony of the 2015 Parapan American Games in Toronto.

The 58-year-old swimmer is set to lead out the 241-strong team into the CIBC Pan Am/Parapan Am Athletics Stadium tonight, having been voted for by representatives of various sports in the United States.

Lovejoy sustained a spinal cord injury in a car accident in 1986 and doctors introduced water into his rehabilitation programme, leading to the American taking up swimming shortly after completing his therapy.

Lovejoy then progressed to win his first World Championship medal in 1994 and has become a key member of the US swimming team ever since, going on to compete at five Paralympic Games, earning eight medals, including four golds.

He achieved his first Paralympic gold medal at Atlanta 1996, setting a world record in the 50 metres backstroke in front of his home crowd, adding a further two titles at Sydney 2000 in the 50m  and 100m freestyle events.

The American then reclaimed his 50m backstroke gold at Athens 2004, but was unable to earn success at either Beijing 2008 and London 2012.

Lovejoy will now be bidding to get back among the medals in his first appearance at the Parapan American Games and expressed his delight at being given the role as US flag bearer.

“Anyone on this team is deserving but it feels incredible to be elected by my teammates and other athletes.

“I don’t take it lightly, it’s a credit to me that my other athletes acknowledge what I’ve done through the years.

“I’m just thankful that I’m able to do it and have fun.

“I’m glad to be hanging around these young kids because they give me so much energy.”

The honour is another highlight in the American's extraordinary career, which has also included becoming the first athlete to win gold medals at the World Championships in two non-related sports.

He claimed foil and epee gold at the 2006 Wheelchair Fencing World Championship.