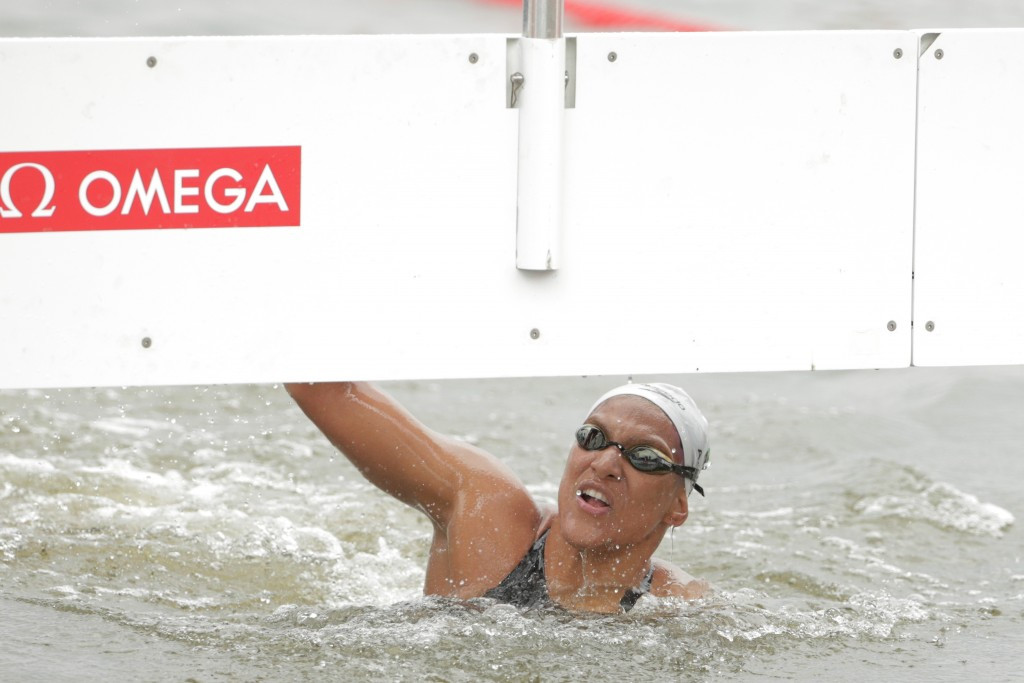 The 23-year-old had already secured a silver in the mixed 5km team event and bronze in the 10km open water race and was determined to end her World Championships with a gold medal.

Having remained in the pack for the first half of the race in the Kazanka River, Cunha began to move through the field, taking the lead with four laps of the ten lap course remaining.

She had to fight off the challenge of Hungary’s Anna Olasz in the closing stages.

The two rivals were neck-and-neck heading into the final lap, but Olasz was unable to stay with Cunha when the Brazilian increased the pace once more.

Cunha’s stopped the clock in 5 hours 15min 47.30sec, retaining the title she had won in Barcelona two years ago, Olasz earned silver in 5:14:13 and Germany’s Angela Maurer completed the podium, finishing in 5:15:08.

The men’s event also saw another superb finish as Italys Simeone Ruffini prevailed in a sprint at the end of the gruelling race during which he was sick twice, eventually finishing 4.40 seco ds ahead of the United States’ Alex Meyer to claim victory in 4:53:15.

Ruffini was joined on the podium by his compatriot Matteo Furlan, who replicated his bronze medal winning performance in the 10km event, finishing the 25km race in 4:53:15.10.

Afterwards, Ruffini held up a marriage proposal for girlfriend and team-mate Aurora Ponsele.

Elsewhere,  it was no surprise to see China finish on the podium once again, as the penultimate diving competition of the World Championships took place.

Having received the highest scores from the judges in the first four rounds of the women’s 3 metre springboard event China’s Tingmao Shi was unaffected by an average final dive, scoring 72.00 points to remain top of the standings with a total score of 383.55.

Team-mate Zi He proved to be her closest rival, securing silver with 377.45, while Tania Cagnotto claimed bronze for Italy on 356.15.

The Kazan Arena Stadium also played host to the final day of synchronised swimming competition where Russia were bidding to once again claim gold in front of their home crowd, with the combination event set to round off proceedings.

Unsurprisingly, they topped the standings qualification before their score of 98.3000 in the final proved enough to seal their eighth gold in nine synchronised swimming events in Kazan.

China had to settle for second place again, having been awarded a total of 96.2000, while Japan’s total of 93.8000 saw them take the bronze medal.