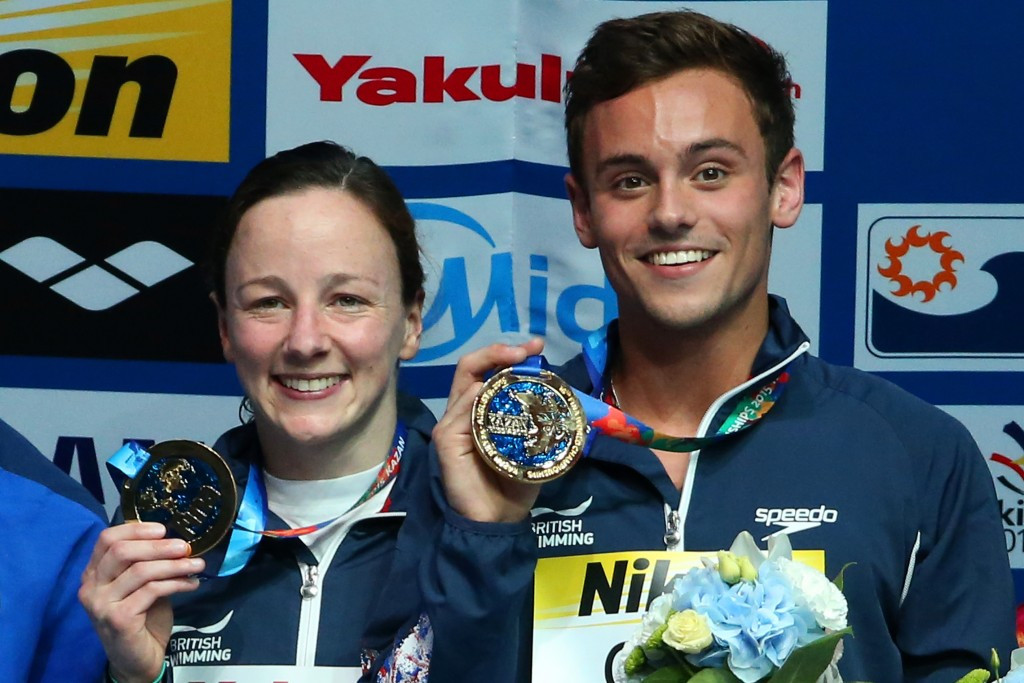 The British duo won with 434.65 points, while Ukraine’s Oleksandr Gorshkovozov and Iuliia Prokopchuk made a late surge to snatch silver ahead of China’s Xie Siyi and Chen Ruolin.

Daley, the 10 metres platform world champion at Rome in 2009, was in supreme form as he scored four perfect 10s from the judges and 101.50 points with his second dive, an armstand back three somersaults.

Having registered what proved to be the highest score of the night, the London 2012 bronze medallist then went on to score 99.0 with his final dive, a back three-and-a-half somersaults, to effectively put the victory beyond doubt.

It is only the second diving event out of eight in which China has failed to win gold, following on from the success of Italy's Tania Cagnotto in the women’s one metre springboard yesterday.

"We didn't have any expectations ahead of the competition as we know China is so strong and it felt surreal to be competing and, the next thing, we're on top of the podium," said Daley.

"It's an insane feeling and thanks to Becky for diving so well."

Having not competed at the 2013 World Championships in Barcelona following the birth of her son, the Russian returned to individual competition on the big stage to earn a winning total of 97.2333.

China’s Huang Huechen had to settle for silver with 95.7000, while Spain’s Ona Carbonell amassed 94.9000 to come away with bronze.

"Each medal is precious for me, they are all unique, especially at the domestic World Championships," said Ishchenko, who won duet gold alongside Svetlana Romashina on Sunday (July 26).

"Today I performed my routine better than in the qualification.

"I tried to show off both artistic impression and technique as best I could.

"The coach is very satisfied.

"She said that this was probably the best presentation of this routine."