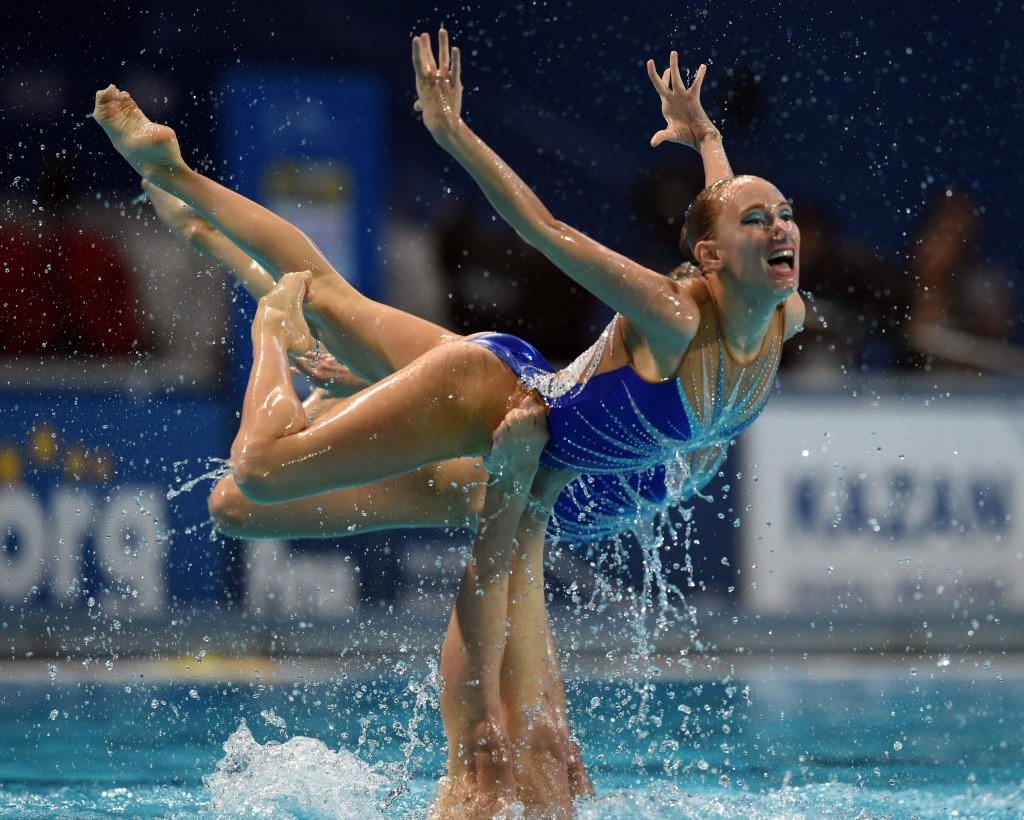 The eight-woman team were the clear gold medal favourites heading into the competition having finished top of the standings in the preliminary competition in the Kazan Arena Stadium, scoring a huge total of 97.6333 points.

There were doubts as to whether the Russian team would be able to build upon that performance in the final but they proved able to up their level even further, with the judges rewarding an exemplary routine with a score of 98.4667 points.

Included among the judges’ scores were two perfect tens, one for execution and the other for their artistic impression, helping them finish over two points clear of their nearest rivals.

Their dominance also suggests it will prove be extremely difficult to end their run of four consecutive Olympic golds in the event next year at Rio 2016 , with Russia’s current run stretching back to Sydney 2000.

China proved to be their closest challengers on the day with their routine earning a total of 96.1333 points to secure the silver medal, while Japan were even further adrift on 93.9000.

It proved just enough for the Japanese team to claim bronze, as Ukraine finished just 0.2 behind and will feel disappointed not to have made the podium having had a higher execution score than Japan, only to be let down by artistic impression and difficulty scores.

The home crowd were left frustrated, however, by China’s dominance of the diving, as He Chao was able to fend off the challenge of Russia’s Olympic champion Ilia Zakharov in the men’s 3 metre springboard event.

Chao began the event with two solid dives, scoring 85.00 points to leave him in fifth position.

As the dive difficulty increased, his greater consistency elevated him to the top of the leaderboard, with three dives would all scoring over 90.00 points.

Chao saved the best until last as his final effort earned a total of 102.60 points to help him claim the title, having achieved an overall total of 555.05.

It also saw the 23-year-old succeed his older brother He Chong, whom he had beaten at China's trials, as gold medallist after Chong had claimed gold at the last three Championships,

In fact, only Zakharov would achieve a higher score with his final dive of the competition but the 106.40 points he earned would not prove enough to overhaul Chao, as the Russian ended the competition on 547.60.

The podium was completed by Britain’s Jack Laugher after his score of 528.90 saw him edge out Yuan Cao for bronze, as the Chinese diver ended with a score of 523.95.