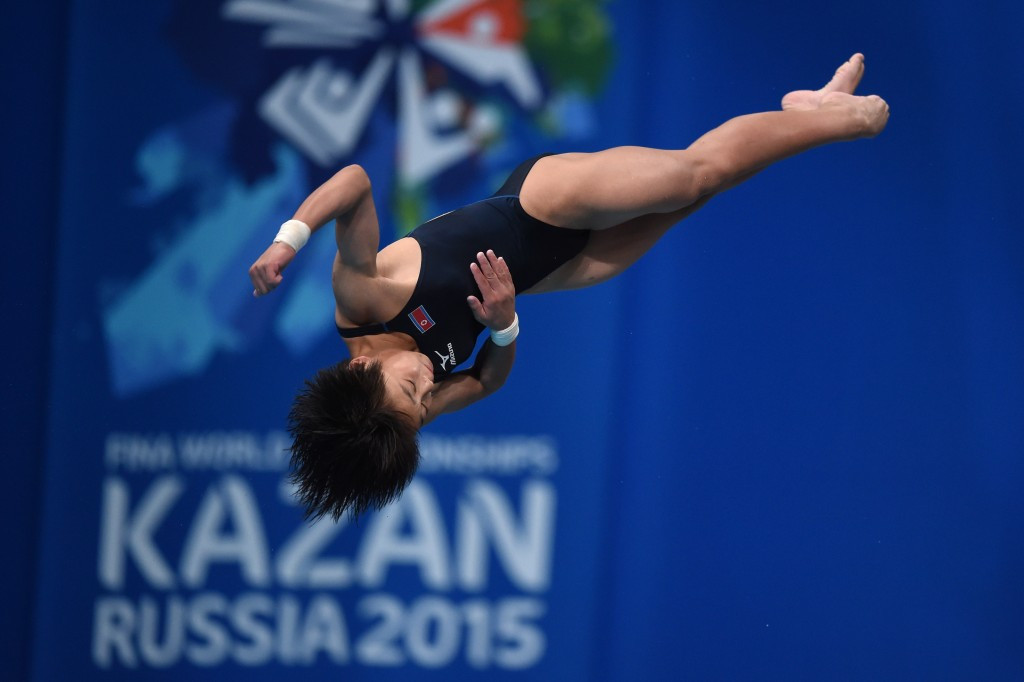 Going into the last round of the five-dive final, Kim trailed Ren and China’s Si Yajie, the defending champion, but laid down the gauntlet with her concluding back two-and-a-half somersaults with one-and-half twists, notching two perfect 10s and a score of 91.20 points.

Si faltered on the same combination, managing only 72.00 points as she dropped out of the medals to fourth place, while Ren’s 76.80 left her 9.05 adrift overall.

“I would like to say thank you to all of your for your support, I have appreciated each and every moment of this final,” said Kim.

“I have also to express my gratitude to my nation for the great support I receive."

The German trio of Christian Reichert, Rob Muffels and Isabelle Harle were joined on the podium by their Dutch and Brazilian counterparts, both of whom finished with a time of 55:31.2 to share second place, a first for open water swimming.

“We won the event in 2013 and we were confident that we would have a very good race today,” said Reichert.

“We were without Thomas Lurz today but Rob is a strong swimmer and we knew that Isabelle can be very fast.”

Elsewhere, there was synchronised swimming success for the host nation Russia in both the duet free and mixed duet free competitions.

Natalia Ishchenko and Svetlana Romashina won the former with an impressive 98.2000 points, which saw them finish ahead of China’s Huang Xuechen and Sun Wenyan in second and Ukraine’s Lolita Ananasova and Anna Voloshina in third.

The win increased Ishchenko’s world title haul to 19, while Romashina now has 18 to her name.

As for the mixed duet free event, Aleksandr Maltsev and Darina Valitova struck gold to bounce back from the disappointment of missing out on the technical title to the United States’ Bill May and Christina Jones earlier this week.

May partnered Kristina Lum-Underwood on this occasion as the pair came closest to matching the winning total of 91.7333 with Italy’s Giorgio Minisini and Mariangela Perrupato in third.