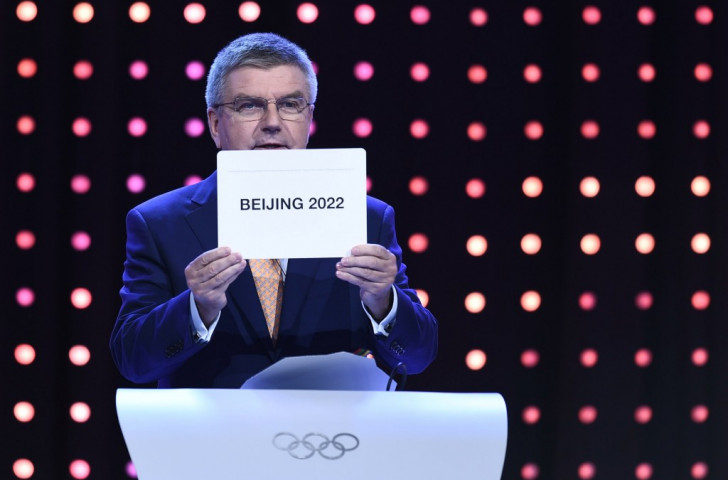 Beijing has been awarded the 2022 Winter Olympics and Paralympics after beating Kazakhstan rival Almaty, albeit by a much narrower margin than many expected, it has been announced here today.

The Chinese capital won by just 44 votes to 40.

It is duly set to become the first city to host both the Summer and Winter Games.

International Olympic Committee (IOC) President Thomas Bach praised the quality of both bids when announcing the winner, emphasising the impressive nature of each presentation earlier today.

This came after problems with the "integrity" of the electronic voting system, leading to Bach requesting for a written ballot to be used instead.

“We are honoured and humbled by the IOC decision to award Beijing the 2022 Olympic and Paralympic Winter Games," said a Beijing 2022 statement.

"It is with an incredible sense of excitement that we express our thanks to the IOC and the wider Olympic Movement.

“Just as with the Beijing 2008 Summer Games, the Olympic Family has put its faith in Beijing again to deliver the athlete-centred, sustainable and economical Games we have promised.

"This will be a memorable event at the foot of the Great Wall for the whole Olympic Family, the athletes and the spectators that will further enhance the tremendous potential to grow winter sports in our country, in Asia and around the world."

Speaking this evening, Beijing Mayor and Bid Committee head Wang Anshun also expressed how today is a "remarkable day both for Beijing and the Olympic Movement".

“In this moment we are overwhelmed with excitement, the people of China are thrilled and overjoyed," he added before praising the "admirable" nature of Almaty’s "passionate and unwavering commitment".

Although the city had been a surprise choice when it announced its intention to stand in 2013, it had become the heavy favourite over recent months to the extent that most observers expected a bigger margin of victory then eventually unfolded.

Almaty's stronger than expected performance, losing by the same margin of four votes as Pyeongchang lost to Sochi for the 2014 Games, will surely encourage another attempt in the future.

"We extend our congratulations to Beijing on their successful bid for the 2022 Olympic Winter Games," said Almaty 2022 vice-chairman Andrey Kryukov.

"China has played a significant role in the development of sport in Asia and we know that they will deliver a great Games.

"While we are disappointed, we are also grateful to the IOC for giving us the opportunity to present our vision to the world.

"We prepared for many years to deliver our robust and unique bid, and learned a great deal from the entire process.

"I am extremely proud of the hard work accomplished by our team, and I have no doubt that after seeing and hearing about our real venues, beautiful mountains, diverse culture and vibrant, cosmopolitan city the entire world now knows exactly what we mean by ‘Keeping it Real’."

Positive reaction to Beijing's victory also came from various other sources, including from the International Paralympic Committee.

The body's President Sir Philip Craven outlined how the Games will be a "real opportunity for China's 85 million people with an impairment to engage in winter sport and become more active, not just in sport but most importantly in society".

But there have also been criticisms and warning from human rights groups, with the Sports and Rights Alliance, a coalition of various different groups, warning how the IOC should ensure that the 2022 Winter Olympics "do not cause or exacerbate human rights abuses in China".