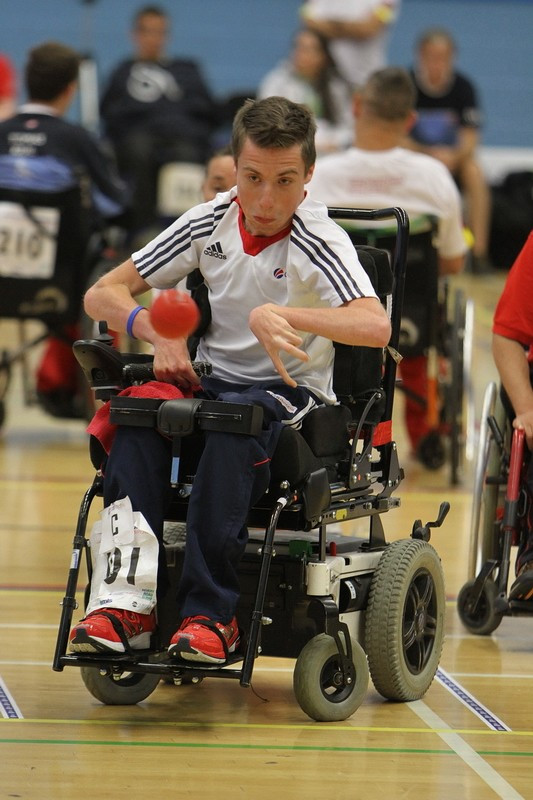 Having booked their place in the final with a 11-4 victory against Portugal at Surrey Sports Park, the trio of David Smith, Nigel Murray and Joshua Rowe went on to record a 5-4 win against the Slovakians, who beat Spain 8-2 in the semi-finals.

The two teams were level at 1-1 going into the third end, but a Slovakian violation helped Britain to a 5-2 lead heading into the final end, which they played defensively to see out the match.

"We've been building up to this all year; our main goal was to win and take the qualification spot," said captain Smith.

"Now we've got that our focus will shift to working towards winning gold in Rio.

"There's a great camaraderie in the team, we're all working towards the same goal of being the best in the world and creating a legacy for GB Boccia."

Portugal bounced back from their semi-final defeat to register a convincing 10-3 victory against Spain in the bronze medal match.

Roles were reversed in the BC4 pairs final as Slovakia defeated Britain 4-3 with the decisive shot coming from world number two Samuel Andrecijk in the final end.

Britain’s Evie Edwards and Stephen McGuire had earlier cruised to a 10-0 semi-final win against Russia and appeared to be favourites to beat Slovakia, 5-3 winners against Hungary in the last four, having got the better of them in the pool stage.

Despite losing out in the final, GB Boccia estimates that the BC4 pairs team has enough ranking points to qualify for Rio 2016, according to performance director Matt Hammond.

Hungary held their nerve in a tiebreaker to win the bronze medal match at the expense of Russia.

Meanwhile in the BC3 pairs, Spain took on Belgium in the final after closely contested semi-final matches against France and Greece respectively.

Belgium were the commanding force, becoming European champions with a 7-1 victory, while in the bronze medal match, Greece narrowly triumphed over the surprise package of the competition France 4-2.

"The Championships has been an enormous success, running without a hitch and receiving positive feedback from the visiting European teams," said John Dowson, chair of GB Boccia.

"It's been a real team effort between UK Sport, GB Boccia, Boccia England and the University of Surrey to run the event and it has really showcased the UK and GB Boccia as hosts."