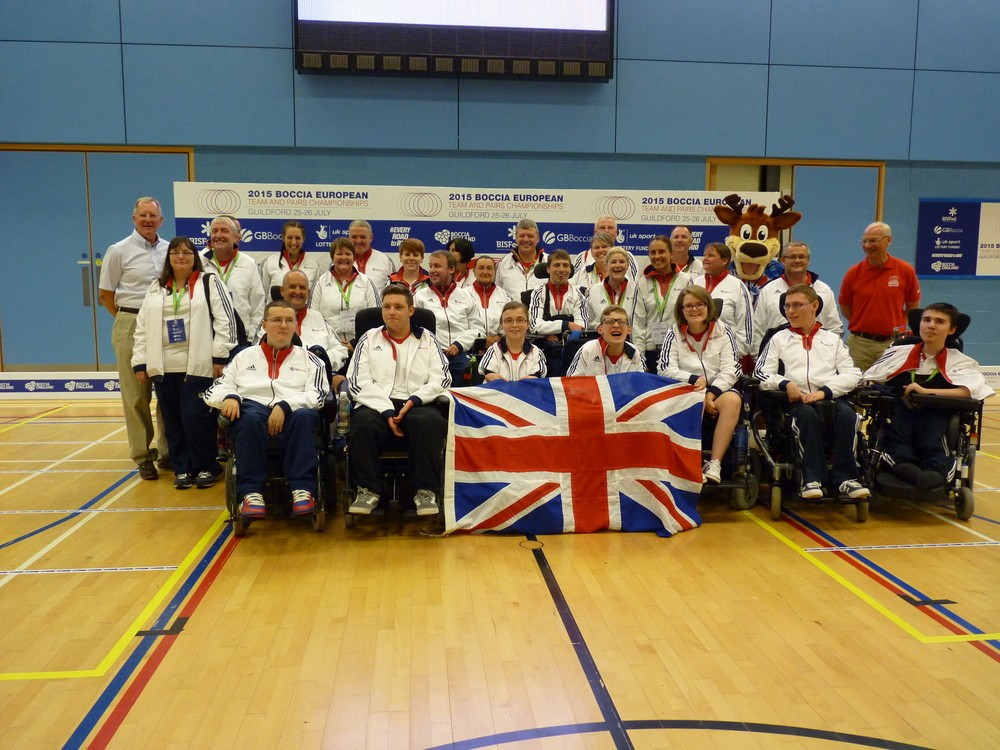 Hosts Great Britain are on course to defend their BC1/BC2 team and BC4 pairs titles at the 2015 Boccia European Team and Pairs Championships in Guildford, England,  after qualifying from the round-robin stage in both events.

Britain lost to Spain in Pool A of the BC1/BC2 team event, but still finished second thanks to wins against The Netherlands and Israel.

They now go on to face Portugal, winners of Pool B, in tomorrow’s semi-finals, while Spain go up against Slovakia in the other last four encounter.

In the BC4 pairs event, Britain topped Pool A with three wins out of three and will fancy their chances against semi-final opponents Russia, runners-up in Pool B.

An 11-1 triumph against Croatia was the most convincing of the three victories, followed by a 7-1 success against Portugal and 5-2 win against Slovakia.

Slovakia had to settle for second spot behind Britain and next meet unbeaten Hungary, winners of Pool B, for a place in the final.

As for the BC3 pairs event, France and Belgium advanced from Pool A, while Greece and Spain progressed from Pool B.

The semi-final line-up sees France take on Spain and Belgium test themselves against Greece.

The finals and bronze medal matches will follow tomorrow’s semi-finals with the winners from each class booking their place at next year's Paralympic Games in Rio de Janeiro.