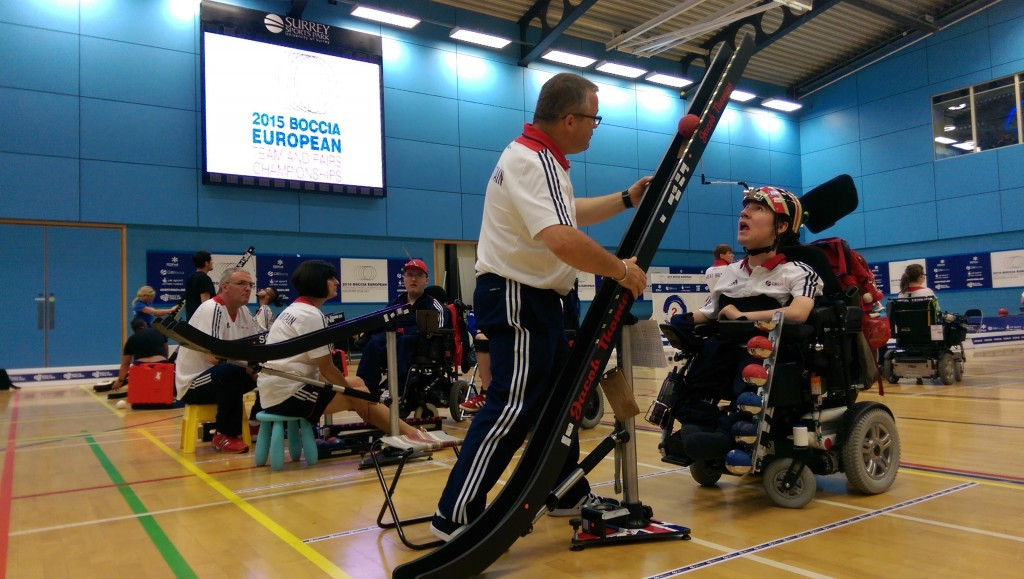 Competition schedules for the 2015 Boccia European Team and Pairs Championships has been released ahead of the tournament, which is due to commence tomorrow at the Surrey Sports Park in Guildford, England.

The two-day tournament will see the top eight ranked European nations in the BC1/BC2 team, BC3 pair and BC4 pair events competing, with the winners from each class booking their place at next year's Paralympic Games in Rio de Janeiro.

It follows a revamping of the qualification process by the International Federation for Boccia (BISFed) with the event set to run parallel to competitions in Asia/Oceania and the Americas.

As reigning European champion and world number ones hopes will be high for Britain’s BC1/BC2 team, due to begin their campaign at 10am local time against Israel.

They are likely to face a strong challenge from Portugal, scheduled to face Slovakia at 4pm.

The hosts will also attempt to defend their title in the BC4 pair event and are set to face Croatia at 11.45am before taking on Slovakia three hours later, with live streaming available throughout Saturday (July 25) on the GB Boccia Youtube channel.

Held as part of the UK Sport’s National Lottery funded #EveryRoadtoRio events series, which is bringing over 30 World and European level competitions to the UK to help Britain’s athletes prepare for Rio 2016, the home will be hoping to produce good performances.

“We are very excited to be hosting the 2015 Boccia European Team and Pairs Championships,” said John Dowson, chairman of GB Boccia.

“This is a very important staging post on the Road to Rio with GB athletes preparing well after their medal success at last year's World Championships in Beijing and we are grateful for UK Sport’s support in hosting the competition.”

One of the expected hightlights of the competition will be the BC3 pairs event with three of the world’s top four countries based in Europe and set to take part, with a potential showdown between world silver medallists Britain and Paralympic champions Greece on the cards.

The semi-finals and finals are due to be broadcast on Sunday (July 26) at 10am and 2pm respectively, with fierce competition a certainty with Rio 2016 qualification at stake.

“This is an incredible opportunity on home soil to qualify for Rio,” said David Smith, winner of the BC1 individual silver and BC1/BC2 team bronze at London 2012.

“With the benefit of our National Lottery support we have been training hard at Surrey Sports Park and we are prepared to take on the best of Europe to win those slots.”