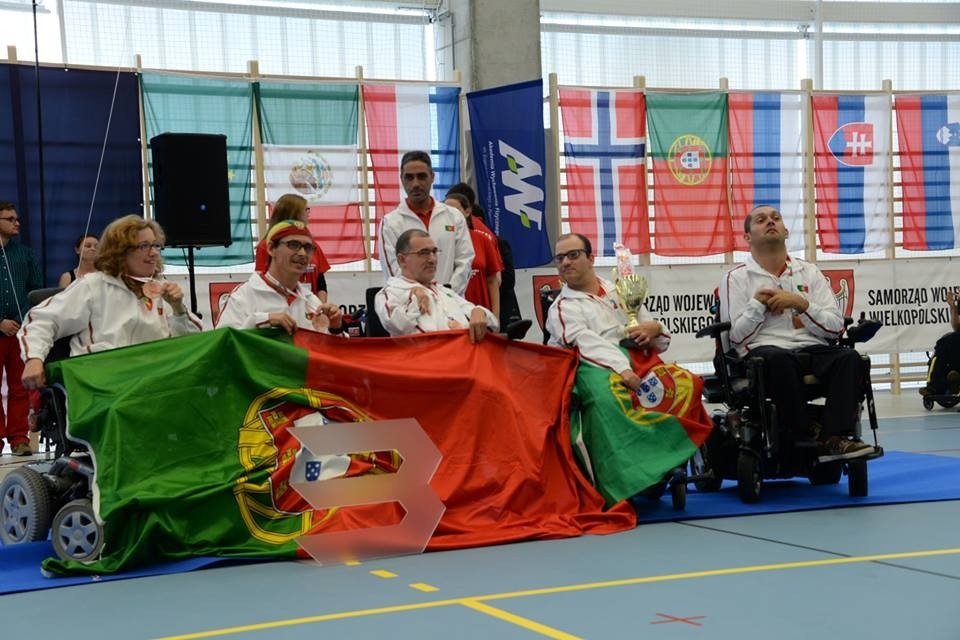 Portugal enjoyed multiple successes at the 2015 Boccia World Open as they claimed three gold medals at the event held in Poznan, Poland.

They proved to be the dominant nation in the pairs competitions as they first earned a 4-1 victory over Canada in the BC4 event, with Brazil securing bronze with a superb 8-0 victory over Russia.

Although Greece proved to be a more formidable opponent in the BC3 classification event, Portugal sealed their second gold by earning a narrow 3-2 victory, while Sweden were surprise winners of Britain in the bronze medal match as they beat the world number one ranked team 4-3.

Domingos Vieria added to the Portuguese tally, claiming victory in the BC4 individual event, thrashing Canada’s Alison Levine 7-2 in the final of the event, to cap an excellent weekend which was him defeat the world number one Marco Dispaltro as he eventually saw off the Canadian by 5-4.

Marcelo Santos clinched bronze in an all-Brazilian bronze medal match against Dirceu Pinto, in which he easily secured a 7-1 victory to earn his place on the podium.

While Portugal were having an excellent series of competitions in Poznan, Britain failed less well as they exited the BC1/BC2 event in the quarter-final stage after falling to Japan who went on to beat Spain in the final, with Portugal sealing bronze ahead of Russia.

Britain were also forced to settle for silver in the individual competitions as David Smith, the world number one in the BC1 class, was beaten 5-2 by The Netherlands’ Daniel Perez while Russia’s Mikhail Gutnik completed the podium after beating Brazil’s Jose Oliveira 4-3 in the bronze medal match.

Jacob Thomas was another British player to taste defeat in a final as he fell to a 4-2 defeat to Greece’s Grigorios Polychronidis in the BC3 class, with Portugal earning another medal with Jose Macedo sealing a 4-3 win over Britain’s Scott McGowan for bronze.

Brazil’s Mariel Santos was one of the few world number ones to live up to their billing as he thrashed Israel’s Nadvv Levi 7-0 to win the BC2 class, while Japan’s Takayuki Hirose defeated Britain’s Martin Davies 5-0 for the bronze.