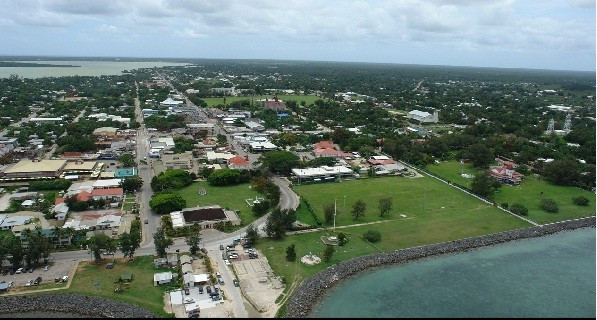 Tonga Chamber of Commerce President John Chapman has urged the Government to pull out of hosting of the 2019 Pacific Games as concerns over the financing of the event continue to deepen.

Chapman’s comments follow Tongan Prime Minister Akilisi Pohiva’s televised interview in which he claimed the financial position of the country was unsatisfactory, admitting he was uncertain of where the funds to host the event would come from.

Tonga Association of Sports and National Olympic Committee (TASANOC) vice-president Ahongalu Fusimalohi also weighed into the debate, throwing Tonga's staging of the Games into doubt by revealing he was unsure of whether they would go ahead.

He also confessed that they “cannot afford” to host the 2019 Pacific Games, awarded to the country by the Pacific Games Council (PGC) in 2012 after winning its bid against Tahiti.

Chapman has lobbied for the Tongan Government to not host the Games as he believes the money that would be used to help fund the event should be put towards better uses, such as building the country’s infrastructure and tourism industries.

The Chamber of Commerce President called on the Government to be “commercially sensible” by abandoning the plans to host the 2019 event, suggesting instead that they look to bring the Games to Tonga in 2023 or 2027.

“If the Government want to go ahead with hosting the Games then we’re certainly not going to do any more than to lobby them to stop it,” he told Radio Australia.

“Let’s focus on sustainable development in Tonga instead of taxing people to host these Games.

“They’re looking at spending TOP$140 million (£42 million/$66 million/€61 million) but it is likely to be around three times that and we have got to get that from somewhere.

“We don’t see where they are going to get the money for the Games.

“We have a lot more priorities on our plate rather than trying to host something that might be getting bigger than what we can do.

PGC executive director Andrew Minogue declined to comment on the issue, insisting they were “concentrating purely on the Games going on at the moment”.

He had earlier told insidethegames following the PGC General Assembly, held here on Sunday (July 12) that they were “keeping a close eye on Tonga’s preparations”.