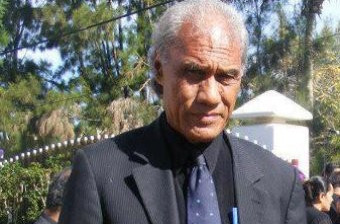 Tonga’s hosting of the 2019 Pacific Games has been thrown into doubt after Prime Minister Akilisi Pohiva claimed the financial position of the country was unsatisfactory amid concerns over the cost of the event in four years’ time.

In a televised interview, Pohiva also went on to warn it might be impossible for Tonga to prepare for the Games properly, with problems over financing and readiness of venues already severe issues at this early stage.

He had hoped Tonga, which beat Tahiti in the bidding race to host the 2019 event, would be able to deliver the Games on an international scale but admitted he was not sure where they would get the money from.

Tonga Association of Sport and National Olympic Committee (TASANOC) vice-president Ahongalu Fusimalohi also offered a damning verdict of the current state of affairs, admitting that they “cannot afford to host the Games” and that he was unsure of whether they would go ahead in the country.

Tonga has never hosted the Games before in their 52-year history.

“If we don't host the Games, Tonga will not in the foreseeable future, ever get the Games back.”

The development comes after Fusimalohi lambasted the country's National Federation of Athletics and Netball (NFAN) over the travel debacle which saw 59 athletes stranded at Nuku'alofa Airport as they tried to board a plane to Port Moresby, providing another example of infighting within the sporting administrators in the country.

The athletes arrived at the airport last Tuesday (July 7) expecting to board a plane to Port Moresby as they were under the impression that they would be receiving their tickets from TASANOC.

It soon emerged, however, that they were not booked on the flight, leaving the Tongan Government to foot the substantial travel bill of around TP$250,000 (£76,000/$120,000/109,000) for a chartered plane to ensure the athletes made it to Papua New Guinea’s capital in time to compete.

Fusimalohi has seemingly fuelled a fire which continues to overshadowing Tongan sport by insisting “there was never a time I or anyone at the office told them to go to the airport and wait there while I bring them their tickets”.

“There was never a time have I advised anyone that their tickets were ready,” he added.

“This is a fabrication of truth orchestrated by a disgruntled few to relieve them from the pressure of not doing their job.”

The athletes involved managed to make it to Port Moresby for their respective events after boarding a flight on Saturday (July 11).

Fusimalohi has levelled the blame squarely at NFAN in a row that shows no sign of slowing down.

He claims that, along with other sporting federations, NFAN had initially said they would pay one third of the travel costs for the Games in a structured repayment plan, but they then failed to live up to the agreement.

They were subsequently removed from the official list of Tongan participants, which Fusimalohi says caused the confusion at the airport.

The vice-president also said the issue meant TASANOC had ended up fronting over two-thirds of the cost in sending athletes to the Pacific Games in Port Moresby, which are due to come to a close on Saturday (July 18).