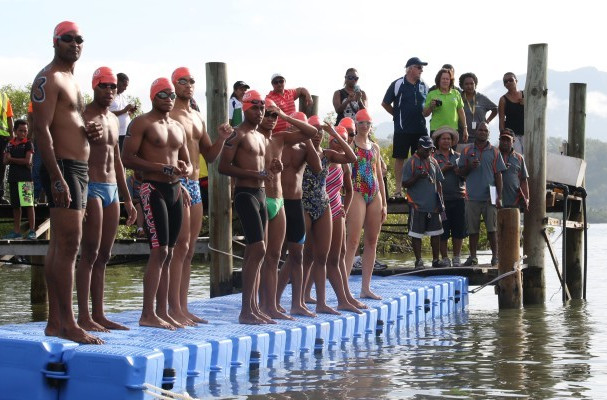 Port Moresby 2015 have held an open water swimming test event as preparations continue ahead of the Pacific Games, scheduled for July 4 to 18 in the Papua New Guinean capital.

The competition, which took place in the waters off Loloata Island outside Port Moresby on Sunday, was given a pass by the International Swimming Federation (FINA) safety officer John West.

A group of 11 athletes competed in the event around the five kilometres course and it gave the Organising Committee the chance to test the venue as well as their operations, logistics and medical practises ahead of the Pacific Games.

“This test was important to ensure athlete safety is always front of mind and we are pleased that the waters off our coastline were deemed safe and acceptable for the Games open water swim competition,” said Port Moresby 2015 operations executive manager Clint Flood.

Port Moresby 2015 claim the test was a success and it was attended by the venue team, logistics, sport competition manager and also technical officials to ensure both the venue and athlete requirements were met.

Swimming competition manager Liz Wells stated she was happy with how the competition had gone but admitted changes will be needed for the Pacific Games open water swimming event, which takes place on July 12.

The staging of the event comes after the Organising Committee announced that they will test venues across three days in June, with preparations due to be completed by May 31.

A number of tests will be run on June 6 and 7, followed by another on June 21, just 13 days before the Games begin on July 4.

As many as 3,000 athletes from 23 nations are due to compete across 28 different sports at this year's two-week long Pacific Games, which is expected to be the biggest sporting event in Papua New Guinea’s history.