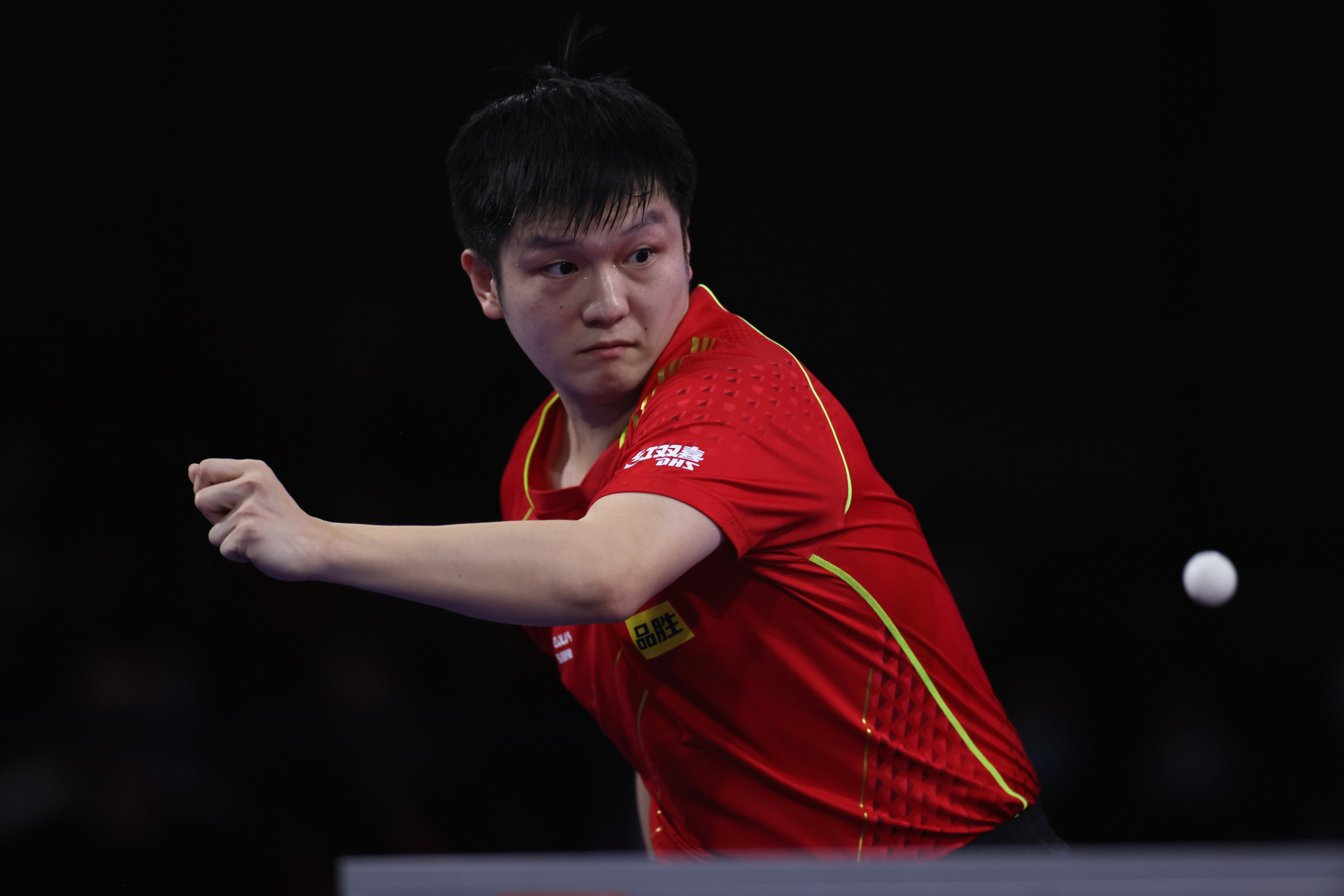 The Chinese pair made history last year when they became the first winners of the event in Singapore and will be out to repeat the trick on home soil.

Two-time Olympic medallist and six-time world champion Fan has been in fine form this season, notably winning the Singapore Smash in March.

Fan has been given a bye into the second round where he will face the winner of Chuang Chih-yuan of Chinese Taipei and Dimitrij Ovtcharov of Germany.

Japan's Tomokazu Harimotoin, who finished runner-up to Fan in last year's WTT Cup Finals, has been drawn against Patrick Franziska of Germany in the opening round.

The 16-strong draw also includes second seed Ma Long of China who is set to face Darko Jorgić of Slovenia, while Sweden’s Truls Möregardh, who has risen to a career-high ranking of world number three, is poised to take on Brazil’s Hugo Calderano in a much-anticipated first-round clash.

World number one Sun headlines the women's draw as she bids to defend the title and back up her victory at the WTT Champions event in Macao.

Sun is due to meet Nina Mittelham of Germany in the opening round with the winner set to tackle either Miyuu Kihara or Kasumi Ishikawa of Japan.

Competition is due to start tomorrow and run until Sunday (October 30).