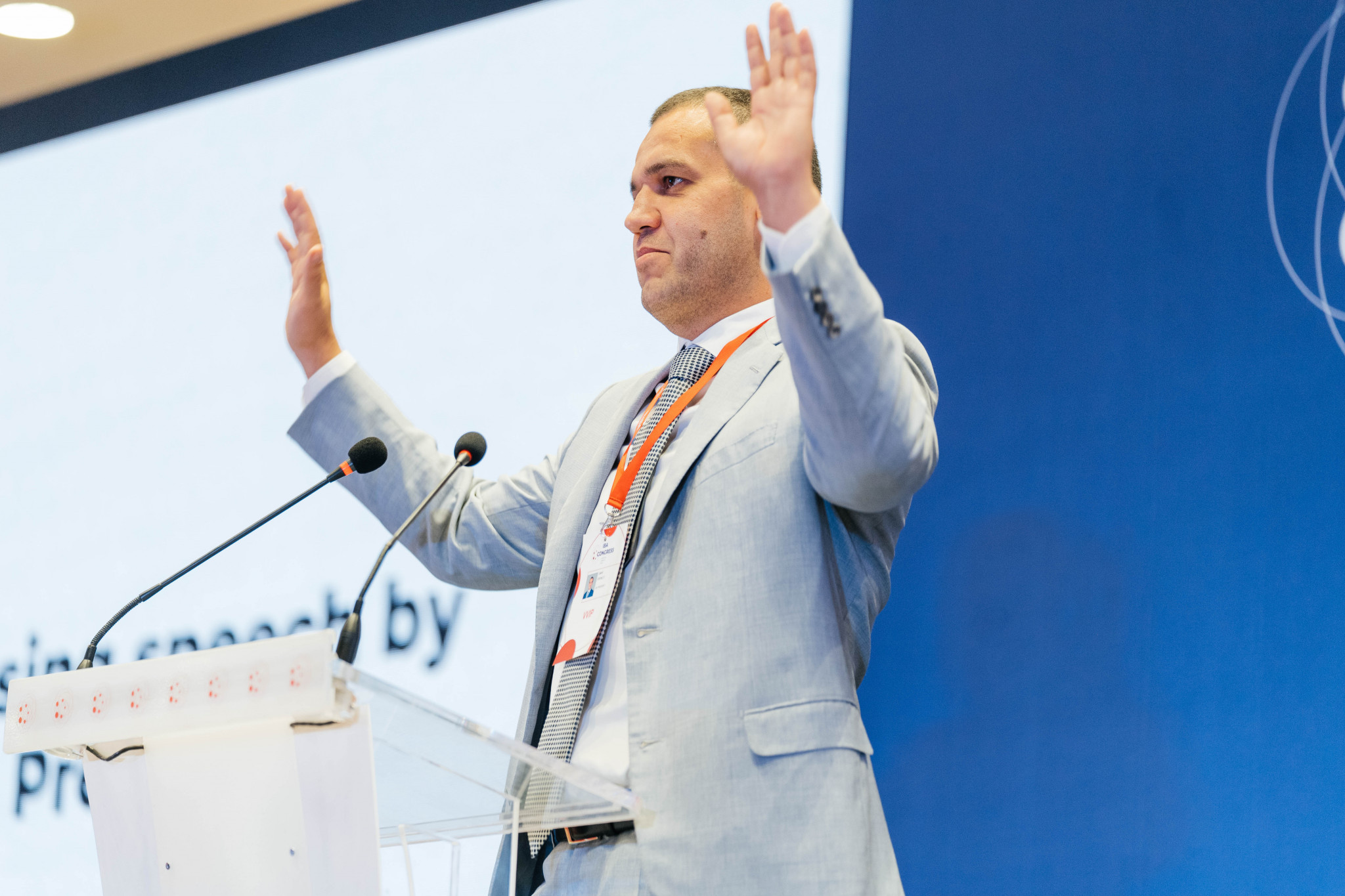 International Boxing Association (IBA) President Umar Kremlev has claimed that "the time has now come" for Russian and Belarusian athletes to compete under their own flag at all sports events, and insisted that Ukrainian athletes should also have that right amid a row at the European Junior Championships.

Kremlev's comments have the potential to sow further division between the International Olympic Committee (IOC) - which is still calling for Russian athletes to be excluded from international sport outright - and IBA.

Russian official Kremlev cemented his position at the head of IBA last Sunday (September 25) after its Extraordinary Congress in Yerevan voted against holding a fresh election, but that decision led to the IOC declaring itself "extremely concerned".

IBA hit back as its secretary general George Yerolimpos argued that the IOC is "totally misinformed", but the dispute comes at a time when boxing's place at the Olympic Games from Los Angeles 2028 is in doubt.

However, one of these has recently altered its stance, with the International Judo Federation banning athletes from both countries until January 2023 after Ukraine had boycotted the Ulaanbaatar Grand Slam event in Mongolia and threatened to do the same again for the upcoming World Championships in Tashkent until Russia itself withdrew.

United States Olympic and Paralympic Committee chair Susanne Lyons has claimed that the IOC is discussing a potential "pathway" for the return of Russian and Belarusian athletes with many sports having begun Paris 2024 Olympics qualification, but the Lausanne-based organisation has insisted its recommendations "remain in place for the time being".

The IOC has attempted to draw a distinction between "protective measures" on the non-participation of Russian and Belarusian athletes and officials, and "sanctions" against the Governments and national symbols.

Kremlev has now argued that IBA should permit Russian and Belarusian national symbols at its events.

These comments are intended as a proposal to the international sports world, rather than a declaration of policy.

insidethegames has asked the IOC for a response to Kremlev's comments.

Russian state news agency TASS reported that the IBA President made similar remarks yesterday at the "Russia - a sports power" forum in Kemerovo.

Separate to the measures taken in response to the war in Ukraine, World Anti-Doping Agency sanctions against the Russian Antii-Doping Agency banning Russia's name, flag and anthem from major events including World Championships remain in place until December 17 of this year.

The IOC has not recommended that elected officials from Russia and Belarus lose their positions within sport, meaning Kremlev joins Russia's richest individual Vladimir Lisin of the International Shooting Sport Federation as the head of the International Federation of an Olympic sport - albeit IBA's IOC recognition has been suspended.

Uzbek-born Russian billionaire Alisher Usmanov stood aside as International Fencing Federation President "until justice is restored" in March after the imposition of European Union sanctions against him.

The European Boxing Confederation (EUBC) is holding its Junior Boys and Girls Boxing Championships until Wednesday (October 5), and the status of Ukrainian athletes has been subject to confusion.

The Boxing Federation of Ukraine (FBU) was suspended by the IBA Board of Directors last Friday (September 23), citing "Government interference" amid a leadership dispute between IBA vice-president Volodymyr Prodyvus and Kyrylo Shevchenko, although the IOC has raised concern over the decision.

IBA yesterday told insidethegames that it had recommended that the EUBC allow Ukrainians to use "national symbols", and the FBU has published a letter from EUBC President Ioannis Filippatos written on Wednesday (September 28) declaring that Ukraine's anthem and flag will not be banned.

However, online streams of the event show that boxers from Ukraine had been competing under the IBA banner.

Reports that the Ukrainian team had been unable to compete under its flag and anthem at the event in the Italian city of Montesilvano prompted the country's heavyweight world champion Oleksandr Usyk to comment "these are the colours of freedom for the whole world" and "you will not be able to break the spirit of our boys who are competing", addressed to Kremlev, as reported by Tribuna.

The IOC had also told Reuters earlier today: "The fact that the Ukrainian junior boxing team is not allowed to participate in the European Championship in Italy if they compete using national identifiers such as the national flag, anthem and any symbols of Ukraine adds to the many concerns expressed before."

However, IBA has insisted that its stance is that Ukrainian athletes should compete under their national symbols, and EUBC photos appear to show that the flag has featured.

Kremlev has said that he believes that the Ukrainian flag should be present at boxing events.

"The Board of Directors voted for the suspension of the National Federation, not the athletes," Kremlev said.

"The details of their participation and the use of national insignia have already been arranged.

"I reiterate that all boxers must be allowed to compete under their national flag, no matter what.

"‘Boxers fight not for the sake of medals, but to represent their countries.

"Sports is out of politics: where it begins, politics ends.

"IBA is here to protect every boxer, no matter of political situation in their homeland."

Prodyvus has been tasked by IBA with serving as coordinator of the FBU's affiliated athletes but Shevchenko, who is listed by Ukraine's Ministry of Justice as someone with the right to execute the governing body's legal acts, wrote to National Federations to describe the suspension as "appalling and unacceptable".