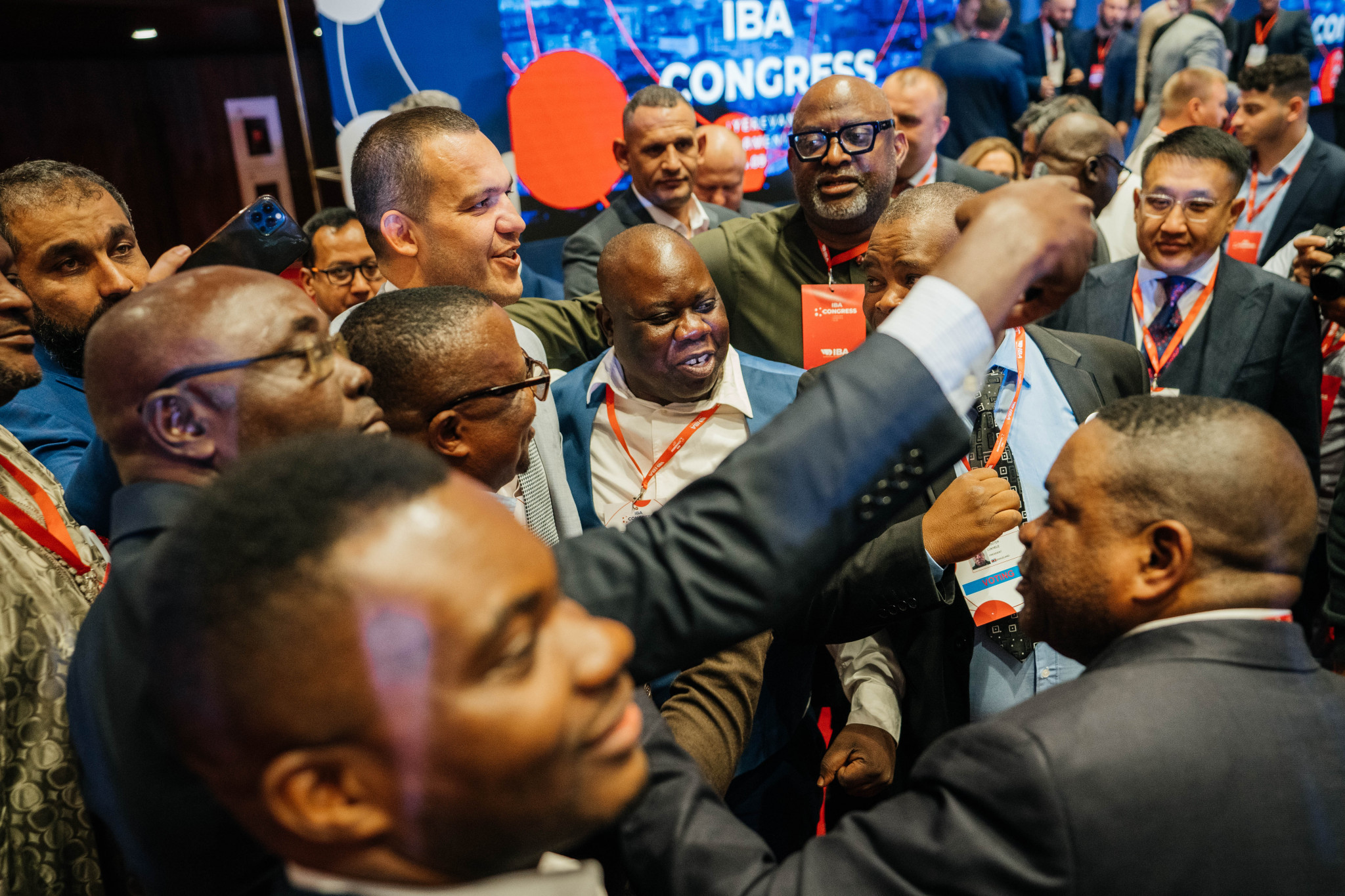 Umar Kremlev was tonight present at a celebration dinner after the International Boxing Association (IBA) Extraordinary Congress voted against allowing Boris van der Vorst to challenge him in a Presidential election here.

Reaction from Dutch Boxing Federation President van der Vorst and his biggest supporters has thus far been limited since they walked out of the Karen Demirchyan Sports and Concerts Complex following a decision which casts fresh doubt on boxing's future at the Olympics.

Swedish Boxing Federation President Per-Axel Sjöholm, however, has described the decision to Swedish broadcaster SVT as "a complete disaster" for Olympic boxing, and expressed fears that the sport "will disappear in many places" without its presence at the Games.

During the Congress, Sjöholm called on Kremlev to urge delegates to vote in favour of holding an election, but in the aftermath of almost 75 per cent of National Federations voting against such a move, he claimed that IBA "is a completely undemocratic organisation" and "it is pathetic how the management has acted".

During celebrations with jubilant supporting National Federations, who claim the Russian incumbent has fulfilled promises since his election in December 2020 and supported their development, Kremlev adopted a very different tone.

He strongly hinted at a potential future for IBA outside of the Olympics, arguing that the Extraordinary Congress' verdict demonstrated "we are going to take our own path".

During his concluding speech at the Extraordinary Congress, Kremlev told National Federations "I am working for you, not for a third organisation", and said that, while he hoped boxing would keep its place at the Olympics from Los Angeles 2028, the IBA also had other priorities.

"We today are creating the future of our children, of our athletes," he said.

"We are saying today that we are an independent organisation and we are here to protect our IBA that we all love, and we shouldn’t say Olympic boxing, we should say IBA boxing.

"We will do our best with our team and with you, and no one can exclude us from anywhere, and our unity is the main token of it.

"The most important should be the World Series, however, because for the IBA and for the boxers, this is our house."

Kremlev later added: "We will do a great job and we will defend the need of boxing to be part of the Olympic programme, but this will be not the only thing that we will do.

"Most importantly we have to protect the interest of IBA, our own organisation."

Kremlev referenced the controversial leadership of the organisation formerly known as AIBA under C K Wu, an International Olympic Committee (IOC) Executive Board member from 2012 until 2017.

Van der Vorst and the majority of his known supporters shunned IBA's dinner for delegates held after the Extraordinary Congress.

They had centred their campaign on an argument that only an election of van der Vorst could secure boxing's place at the Olympics due to the IOC's ongoing "grave concerns" related to the IBA's governance.

Boxing New Zealand President Steve Hartley had described the Extraordinary Congress as "the most important day in the history of our sport", and cautioned that "this assembly of members decides whether or not we commit Olympic suicide".

"We have an obligation to the children and the youth of our sport to make sure we keep their Olympic dreams alive," Hartley said.

The Extraordinary Congress was called after the Court of Arbitration for Sport ruled that van der Vorst was wrongly declared ineligible to stand by the Boxing Independent Integrity Unit on the eve of the Presidential election in Istanbul in May, when Kremlev was re-elected by acclamation.

A convincing majority of National Federations deemed that no new election should be held.

The IOC responded to the event in Armenia's capital Yerevan by claiming it is "extremely concerned".

Boxing has been left off the initial programme for Los Angeles 2028.

IBA had its IOC recognition withdrawn in June 2019, and been stripped of its right to organise competitions at Tokyo 2020 and Paris 2024.