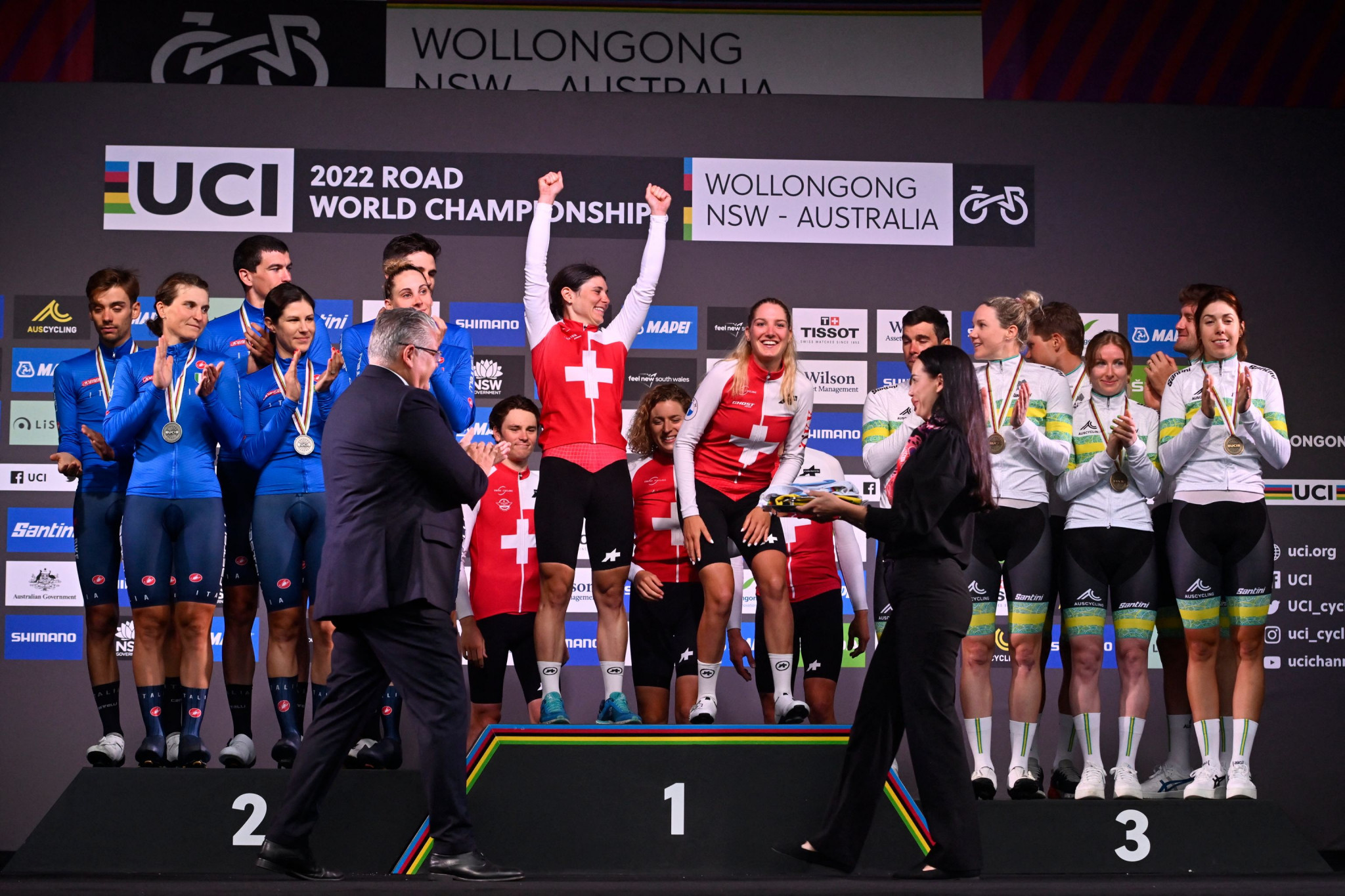 The race saw teams of three men and three women tackle a 28 kilometre course, with the men completing the route for each nation first, followed by the women’s line-up.

The podium was completed by hosts Australia with their line-up of Michael Matthews, Luke Durbridge, Luke Plapp, Georgia Baker, Sarah Roy and Alex Manly finishing in bronze medal position in 34:25.

Defending champions Germany finished in fourth place in 34:33, while favourites The Netherlands finished fifth in 34:39 following a race beset by mechanical issues.

In the junior individual time trials, the women's race was won by Britain's Zoe Backstedt in 18:26, who now holds the junior women's world titles in the cyclocross, road race, time trial and madison disciplines.

Silver went to Justyna Czapla of Germany, with bronze won by Febe Jooris of Belgium.

There was more British success in the men's race with victory going to Joshua Tarling in 34:59.

Silver was won by Hamish McKenzie of Australia, with bronze going to Emil Herzog of Germany.

Competition is due to take a break tomorrow, with action set to resume on Friday (September 23) with the road races, beginning with the junior men and under-23 men versions.