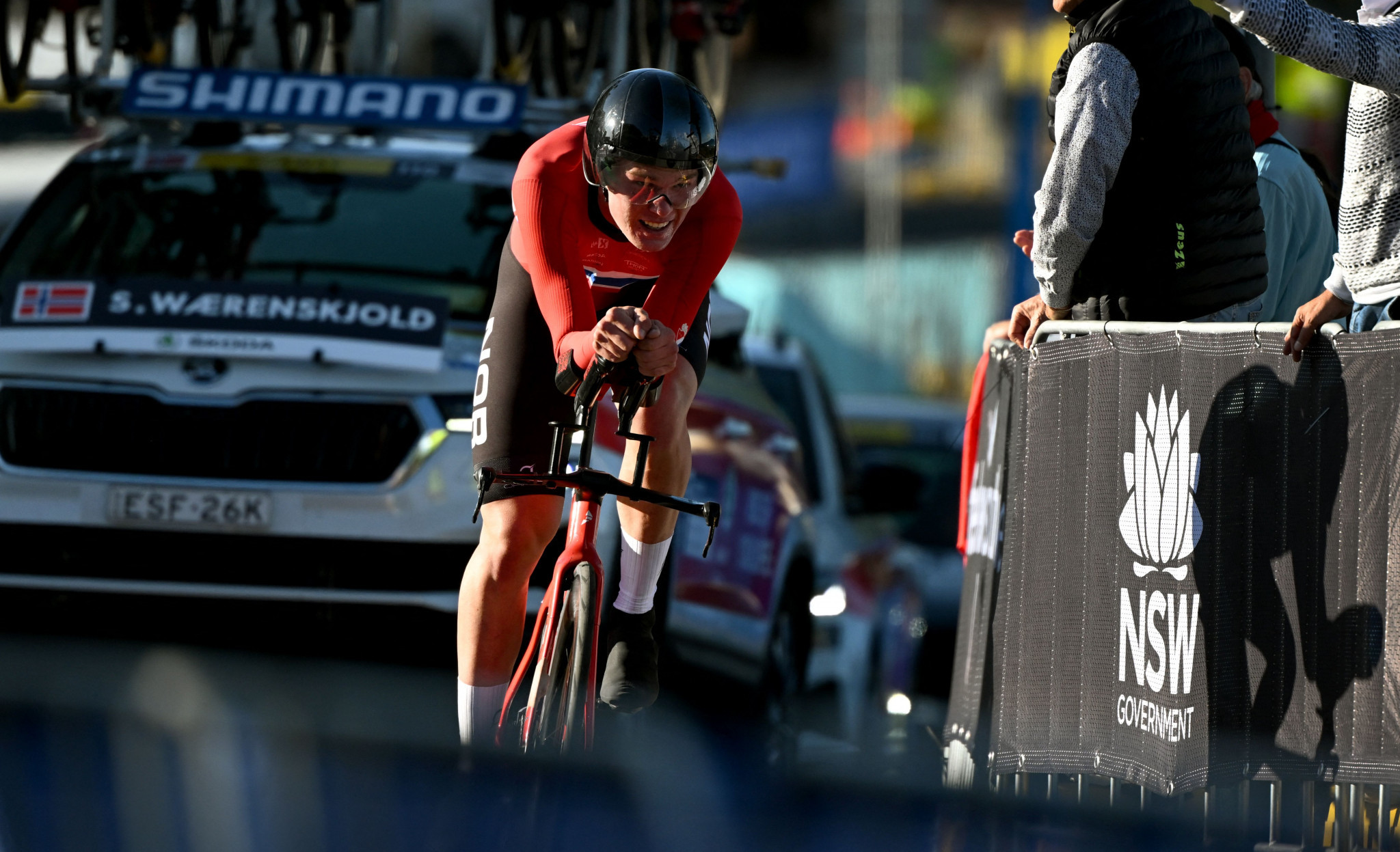 No other rider could better Wærenskjold's pace.

Reigning European under-23 champion Alec Segaert offered the best challenge to the Norwegian, but the Belgian finished 16.34sec slower.

Britain's Leo Hayter, who missed out on a podium finish in the men’s elite race yesterday by just one place, came up 24.16sec short of Wærenskjold, although it was enough to win bronze.

Fourth-place Currie Logan was unable to give New Zealand a medal, crossing the line 33.03 behind Wærenskjold.