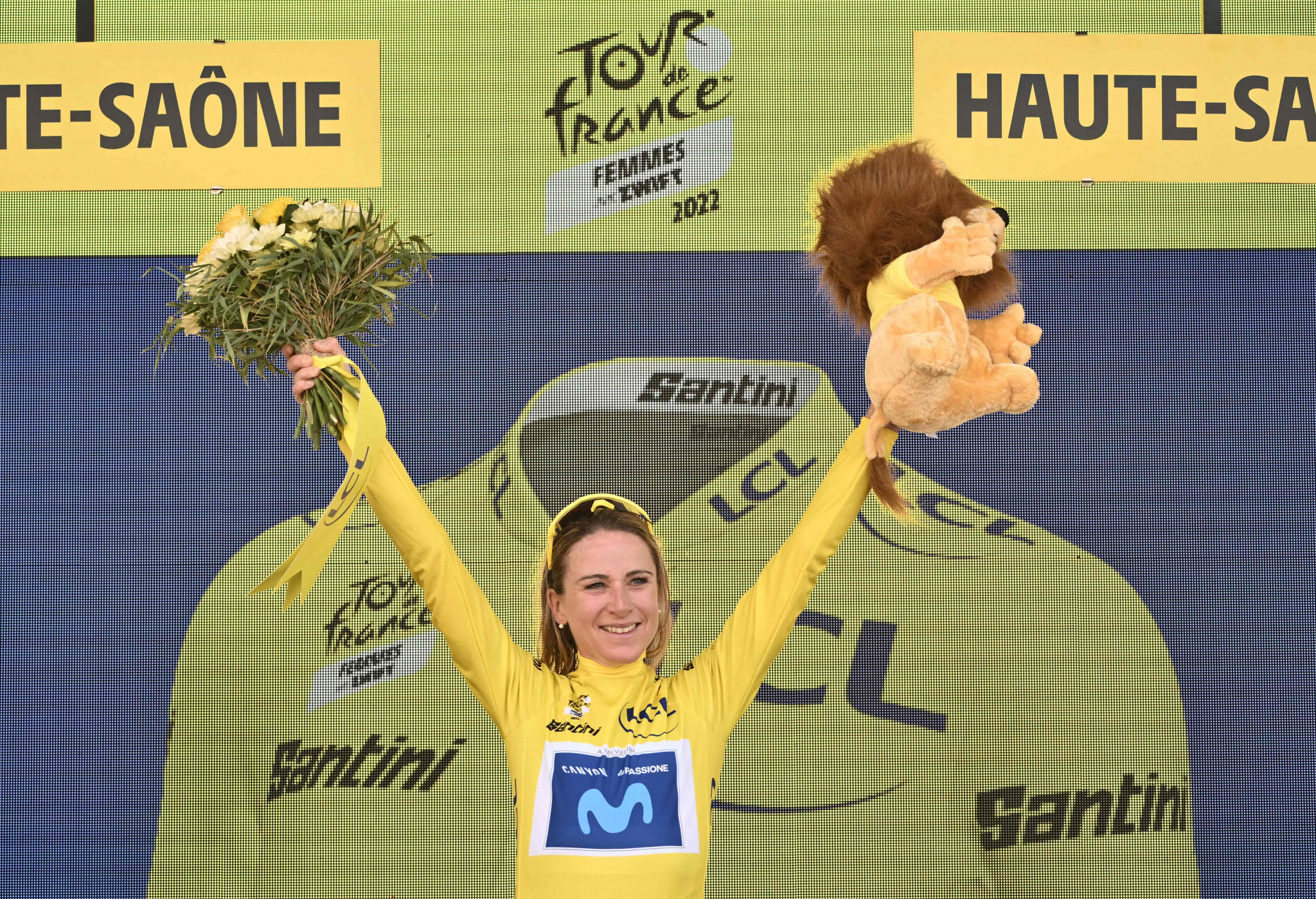 She held an advantage of 3min 13sec over compatriot Demi Vollering of SD Worx going into the final day.

Despite mechanical issues that led to her changing her bike several times, van Vleuten stayed in touch with Vollering.

She then launched an attack of her own with 6km to the summit of the 8.7 per cent La Super Planche des Belles Filles ascent, and dropped her rivals to ride to victory in 3 hours 37min 23sec.

Vollering was 30sec off the pace, with Silvia Persico of Italy and Valcar-Travel & Service completing the final stage podium at 1min 43sec off the pace.

Van Vleuten, who also suffered with illness earlier on the Tour, completed it in 26:55:44 and secured a 3:48 margin of victory over Vollering.

Poland's Katarzyna Niewiadoma of Canyon-SRAM took third in the general classification at 6:35 off the pace, after finishing fourth in La Super Planche des Belles Filles, 1:52 behind van Vleuten.

Vollering topped the mountains classification, with another Dutch rider in Marianne Vos of Jumbo-Visma taking the green jersey for points classification.

Shirin van Anrooij of The Netherlands and Trek-Segafredo was crowned best young rider.