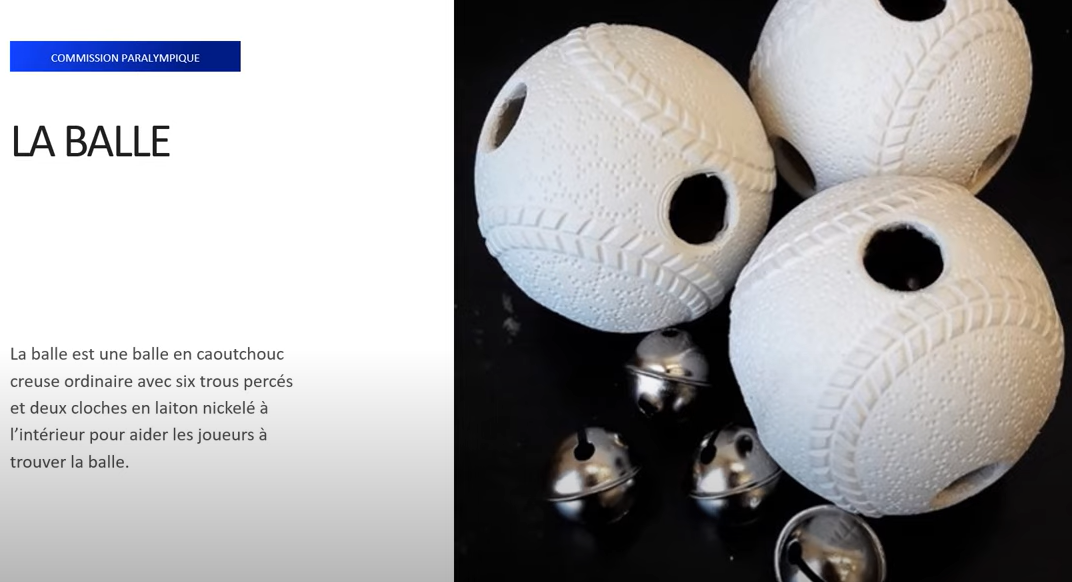 Two courses about baseball for the blind on the World Baseball Softball Confederation (WBSC) Academy have been translated into French as efforts to grow the discipline continue.

Tom Nagel, who chairs the WBSC Paralympic Commission, has been credited with translating the introductory course and one on running the bases.

The base-running course is a technical one designed for coaches.

Both French-language courses are now available to all on the WBSC Academy and the organisation's YouTube channel.

The WBSC Paralympic Commission is said to be working on additional technical courses which will tackle throwing and hitting.

Baseball for the blind is played with a hollow rubber ball fitted out with bells, allowing the blindfolded players to locate it.

The gloves and bats used resemble those used in regular baseball.

The WBSC has been working with the Italian Blind Baseball Association (AIBxC) to promote the discipline in recent months.

It was the AIBxC which designed the courses on the WBSC Academy, and is credited with creating the discipline.

In April, WBSC vice-president Beatrice Allen highlighted the merits of blind baseball and wheelchair softball as she called on the organisation to work harder to make its sports more accessible.