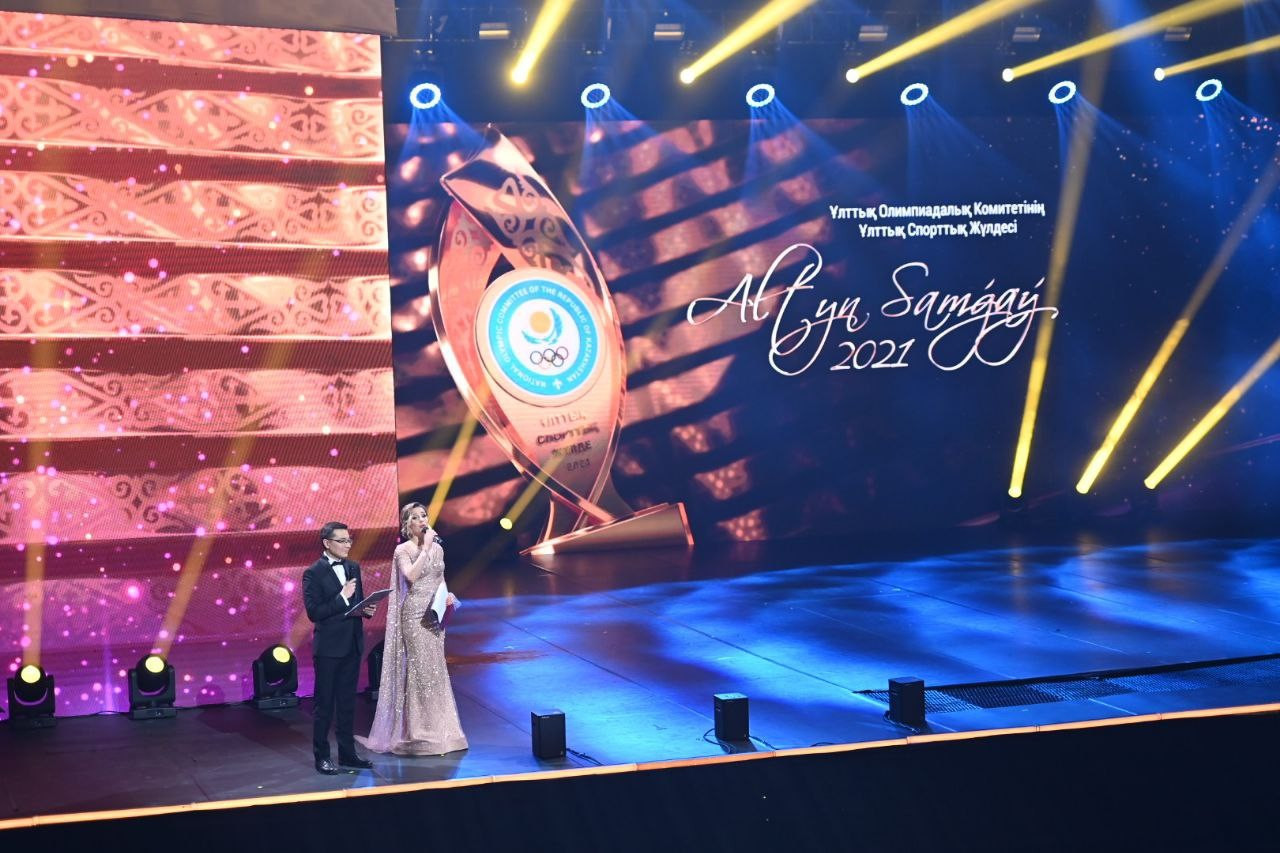 Boxer Saken Bibossinov and karate star Sofya Berultseva were among the winners at the National Olympic Committee (NOC) of the Republic of Kazakhstan's Altyn Samgay 2021 National Sports Awards.

The event was held using a hybrid format in three different cities - with a main ceremony taking place in Nur-Sultan and studios logging in virtually from Almaty and Turkestan.

Fans voted for their winners, with Bibossinov claiming the male summer athlete of the year accolade after winning the flyweight world title in Belgrade and an Olympic bronze medal at Tokyo 2020.

Berultseva was named as the female summer winner after scooping bronze medals at both Tokyo 2020 and the World Championships in Dubai in the heavyweight division.

Short track speed skater Denis Nikisha was named as the winner of male winter athlete of the year, with the women's winter prize going to moguls skier Yulia Galysheva.

"I am pleased to be chosen as the best athlete, but I think all our athletes are true winners," said Bibossinov.

"The past two years have been challenging for all of us.

"Competitions were cancelled and postponed.

"The training has been shut down for months.

"Therefore, it is vital to participate in this event, where all the champions and athletes have gathered.

"I take part in the National Sports Awards for the first time.

"That is probably the only place where you can see all our Olympic champions and sports veterans at once.

"I am honoured to be with them, thanks to everyone who voted for me.

"I will continue to give all my strength to raise our flag at international competitions."

The men's futsal side, which reached the semi-finals of the World Cup in Lithuania, was named team of the year, while karateka Nurkanat Azhikanov claimed the breakthrough prize after coming home from the World Championships with two bronze medals.

Almaty was named as the best region and the Kazakhstan Tennis Federation as the best governing body.

A special prize was awarded posthumously to Zhaksylyk Ushkempirov, who won Olympic gold in wrestling for the Soviet Union at Moscow 1980.

"We are proud of our athletes' successes and victories," said Timur Kulibayev, the President of the Kazakhstan NOC.

"The flag of independent Kazakhstan is raised and our country's anthem is played in the honour of their win.

"We are all proud of your successes and results.

"We wish you health, happiness, good luck and new victories."